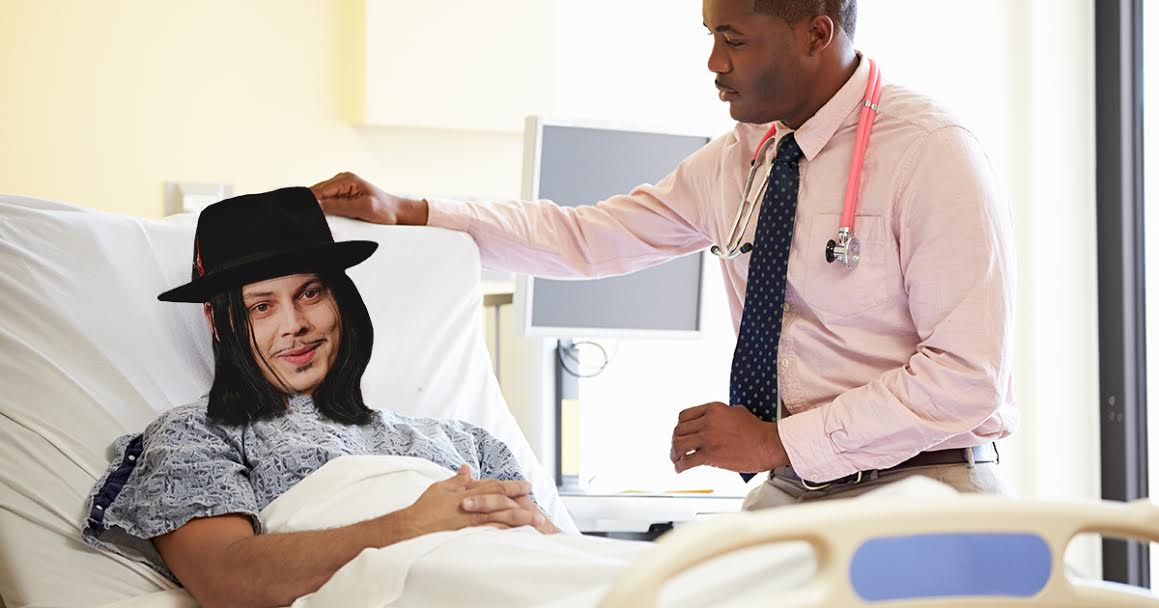 “His facial hair changed, and suddenly he was even more egotistical than normal,” said longtime family friend Craig Harbart. “When he started carrying around a small dog in a $25,000 satchel, I feared the worst.”

“Due to the stigma surrounding Johnny Depp, most individuals don’t discuss the disease publicly,” said Dr. Lena Harris, a pioneering researcher in the Johnny Depp field. “Early symptoms tend to develop in middle age, and can include excessive displays of scarves, jewelry, and black clothing. From there, patients may make dick-ish comments in public, buy eccentric homes, or appropriate Native American culture.”

A network of friends and family have supported White as he comes to terms with his diagnosis. Both of White’s ex-wives have hosted separate, poorly attended charity fundraisers, while members of Third Man Vault, White’s official record club, now wear red headbands in solidarity.

“Jack is currently on a regimen of 30 clove cigarettes a day,” said ex-wife and primary care giver Karen Elson. “It’s still a lot, but the doctor says this is to avoid shocking Jack’s system. We need to fight Johnny Depp slowly. We’ll start with the cigarettes, then Hunter S. Thompson books, and move on to gypsy jazz guitar. From there, Jack should make a full recovery and transition back to his normal life.”

Doctors have instructed White to remain at his home in Nashville with only his acetate records, old-timey photo booths, and James Brown’s 1974 driver’s license to entertain him.

“It’s good that we caught the disease so early,” said Dr. Harris. “With treatment, we should be able to stop it before it develops into full-blown Steven Tyler.”