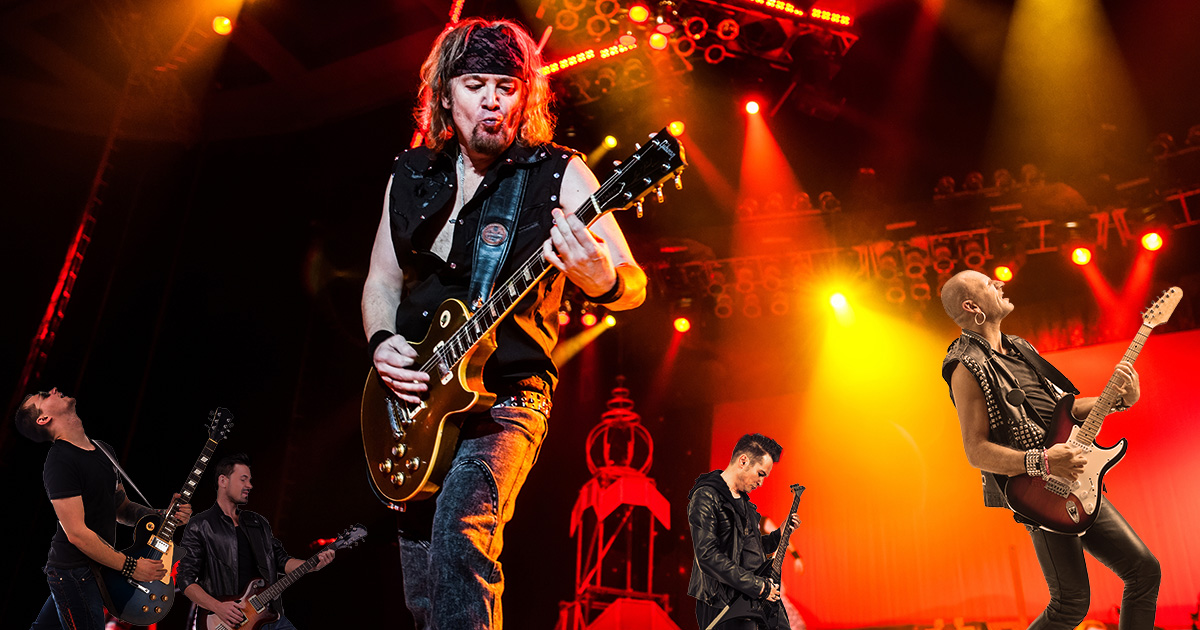 “We actually stumbled upon the idea during a rehearsal, where one of our guitarists tried to mimic my vocals on the higher frets of a guitar… and we realized it was actually bang-on and decided to run with it,” said frontman and vocalist Bruce Dickinson while attempting to tune a guitar by ear. “This tour will be a grand musical experiment for us. I’m excited to add ‘professional guitarist’ to my resumé, right between ‘pilot’ and ‘Olympic level fencer.'”

However, other band members, including founder and bassist Steve Harris, did not share Dickinson’s enthusiasm.

“They’re trying to get me to pick up a six string and learn a new instrument for this gimmick tour, and I’m not here for it,” said Harris, clutching and stroking his bass. “I wrote most of these bloody songs myself and they’re trying to sack me. I keep trying to tell them that a bass is a guitar, and they just respond, ‘Come now, Steve — a bass is hardly an instrument, let alone a guitar.’ What will ‘The Trooper’ sound like without rumbling bass underneath? Shit! That’s what!”

Metal historian Jenny Bloom explained that it is quite common for bands to try new things.

“As bands get older, they have to find new ways to spice up the live act. Fans will be excited to see one of their favorite bands in a new way after all these years,” Bloom said. “While this tour seems to be nothing but neoclassical riffs for two hours, let’s be honest: that’s what they really want anyway. I think this is going to go over much better than Van Halen’s ‘Vocals Only’ tour.”

Sadly, Iron Maiden’s famous mascot Eddie has contracted COVID-19 and is expected to have a long recovery process, preventing him from showing off his guitar chops.