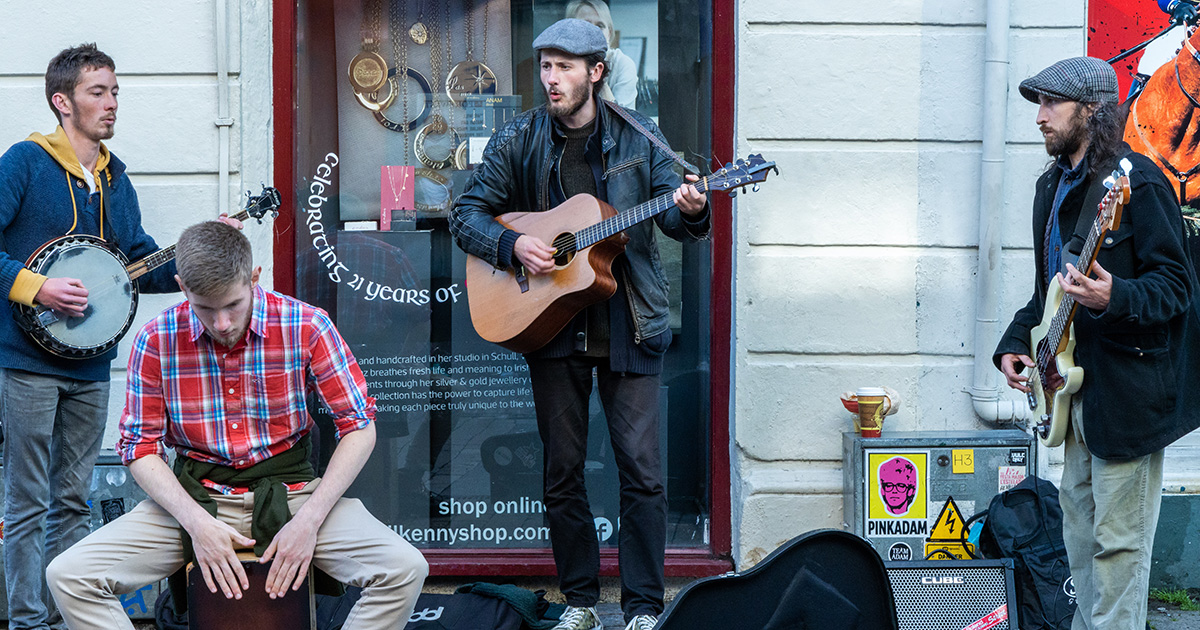 PHILADELPHIA — Local Irish-themed punk rock band The Drunken Fighting Lads are being suspiciously protective of the ethnic background results they received in a recent round of novelty DNA tests, sources report.

“We thought it’d be fun to get some of those 23 Ancestor things to prove to the people of Philly that we are so Irish we bleed Guinness and shit boiled potatoes. But my results must have, uhh… got lost in the mail or something. Mail ain’t the same since the Irish quit delivering it,” said lead vocalist Daniel “Danny Boy O‘Murphy” Muroski. “And the other guys must have their tests compromised — our drummer’s came back saying he’s 70% Slovakian with no connection to Ireland, but if you saw that guy drink and fight you would know he’s 100% Irish. Nobody from Eastern Europe could pull that off.”

While the band has consistently stood by their explanation, band supporter and local Irish aficionado Paul “Paddy” Schmidt is worried a larger conspiracy may be at work.

“When I saw the Lads were not coming forward with their papers, I wondered if they were being truthful about their heritage… but then I remembered the show when they broke out that amazing version of that one Pogues song, and I knew in my heart these guys were as Irish as repressed emotions,” said Schmidt from a barstool at Shamrock’s Sports Bar and Grill and Pizza Buffet. “You know the world is real prejudiced against the Irish? My guess is those DNA companies purposely mess things up to stop us from coming together and ruling the world. By the way, can I get a ride home?”

While the mystery surrounding the band’s ancestral history may never be answered, experts have seen a sharp uptick in people shielding their DNA results from the public.

“Ancestral bloodlines have many reasons to be concealed. I mean, imagine you find out you’re part Italian, and then you’re expected to be able to prepare some cacciucco for a bunch of sweaty goons down at the Rotary Club. Or, God forbid, you’re related to a Finn. A sneaky, thieving Finn is the worst,” said Seamus O’Malley, President of the American Genealogy Department at Stanford. “Plus, most of those tests are faulty anyways. The one that I took came back almost completely Irish, and everyone knows my great-grandfather married a Native American.”

Muroski was unavailable for further comment, as he was walking with his grandmother in the Polish day parade.