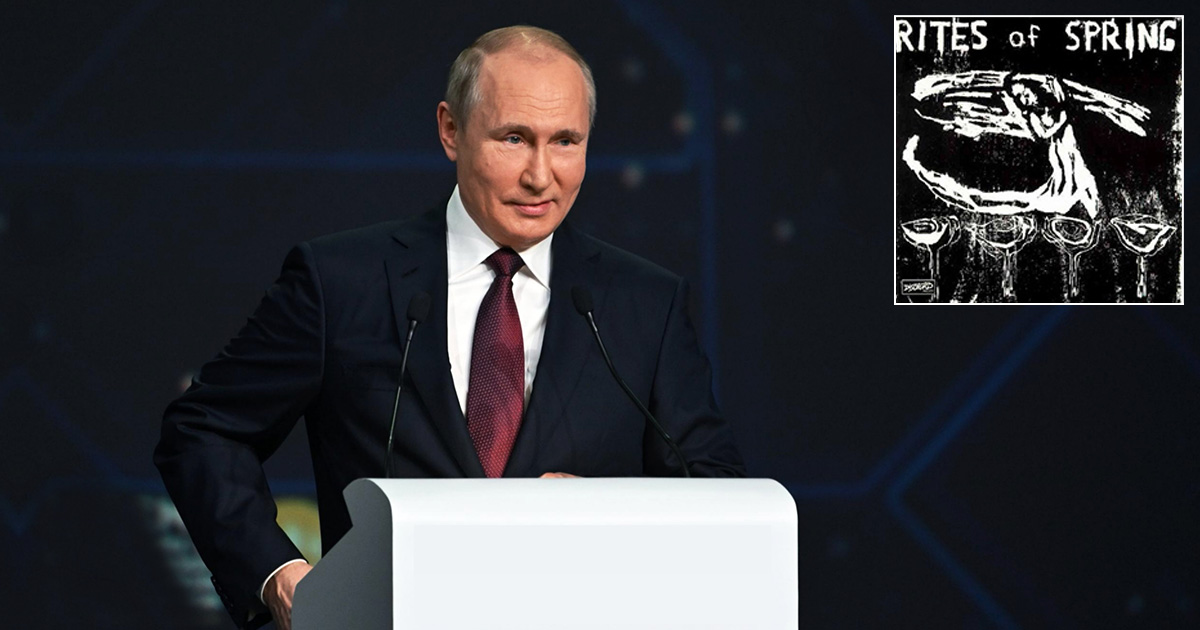 LANGLEY, Va. — American intelligence analysts are increasingly fearful that Putin’s mental situation is worsening after a statement to Russian state media about what constitutes “real emo,” confirmed multiple officials who found themselves agreeing with the despot.

“Bands like My Chemical Romance are not emo,” said Putin during a four-hour-long speech where he went over a full emo timeline and never once mentioned the war in Ukraine. “They display none of the experimental song structures and unguarded emotionalism of bands like Rites of Spring and Embrace. The influence of social media like Myspace bastardized a sound heavily influenced by legitimate mid-Western emo, and now we are left with garbage that is not suitable for human consumption. Western Imperialist Mall Emo must be stopped.”

The CIA frantically attempted to scrutinize the speech, hoping to find some detail as to Putin’s mental state and objectives in Ukraine.

“We have no idea why Putin is choosing to make this stand now. He’s sounding more and more like a 50-year-old Reddit user who is upset about the When We Were Young lineup,” said CIA Spokesman Walter Taylor. “Russia has been investing heavily in new tanks and cyber warfare, but he’s also been buying stuff like a first pressing copy of ‘Yank Crime’ by Drive Like Jehu and a rare Braid long sleeve. This is not the behavior of somebody who is doing well. If we don’t intervene we could see eBay and Discogs prices reach new levels.”

While Putin’s obsession with early emo comes as a surprise to many, gatekeeping the genre is not a new phenomena.

“Like Russia, the exact boundaries of emo have always been contentious. Both have erratic structures and rampant depression. Also, emo and Russia prospered in the early 2000s but were never taken seriously. Putin resents the wealth and success of the western powers who ignore and mock Russia, just like major labels rejected Gray Matter or Moss Icon,” said Micheal Kowalski, author of Shred My Diary: NAFTA, First Wave Emo and the Last Gasp of Pre-9/11 Post-Hardcore. “Also neither of them has any money.”

The CIA also believes that Russia’s social media propaganda wing might be behind a recent onslaught of social media clickbait blaming Hilary Clinton for Jawbreaker’s decision to sign with a major label.