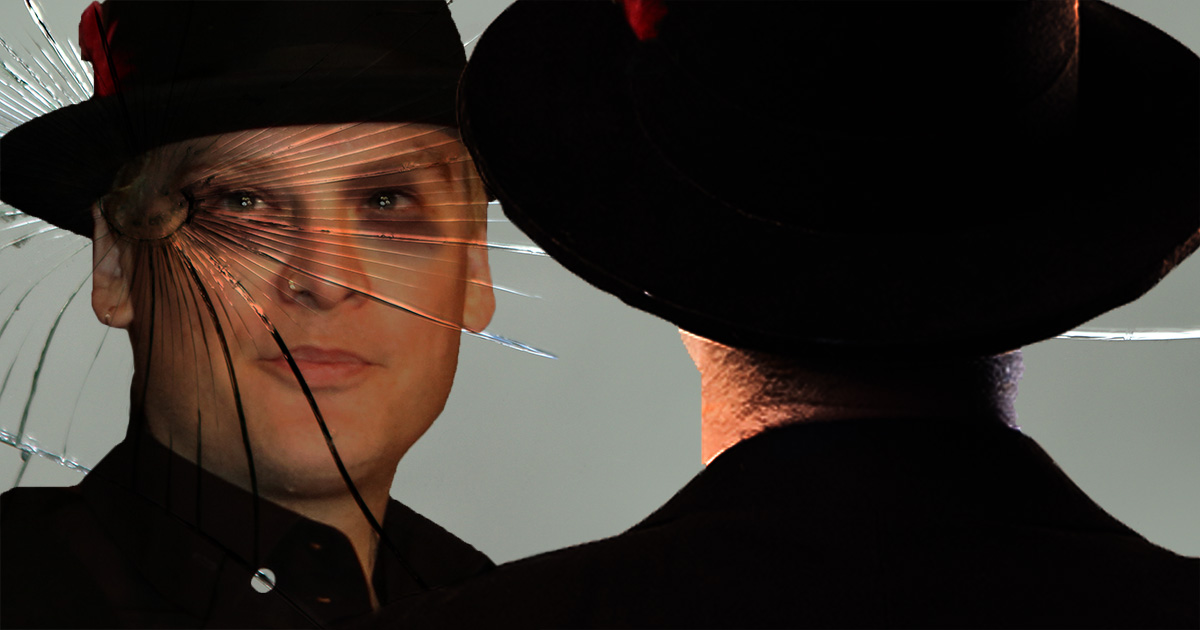 LOS ANGELES — Notorious punk rock ghoul Matt Skiba was spotted monotonously saying the phrase “I’m a spooky boy” over and over to his own reflection just before taking the stage at a recent Blink-182 show, confirmed sources hired to act like apparitions in the mirror’s reflection.

“Ever since I started playing in Blink I’ve been feeling more and more like my spook factor hasn’t quite been what it used to be. Mark and Travis never want to talk about the Manson murders and they said if I bring up Anton LaVey one more time they are going to replace me with the dude from Fenix TX,” explained Skiba, surrounded by cobwebs and glassy-eyed Victorian dolls. “It just helps to affirm to myself once in a while that I’m still a spooky little guy and that writing songs about wanting to fuck vampires is the whole reason I’m here in the first place.”

“Yeah, Matt’s been insecure about his spookiness level since about the time ‘Agony & Irony’ came out, and I kinda don’t disagree with him. Man, what the hell were we thinking on that record?” remarked Andriano. “I’ll say this though, he’s toned down his ritual a lot since. It used to be that he would swallow a live tarantula before every show and then fart it out afterward. I’m still not sure why he thought that was spooky, but regardless, it made for some very unpleasant evenings on the tour bus.”

“Mr. Skiba appears to be exercising a self-affirmation technique that we psychologists call scare-apy. It allows the individual to build confidence in their internal creepiness, despite the fact that they’re multi-millionaire musicians pushing 50-years-old,,” Gibbons explained. “See, as spook-oriented punks age, they often feel distanced from their spooky origins and need to find a way to funnel that energy. Usually, I recommended they just rewatch a couple of Vincent Price movies but if this Skiba boy has found something that works for him then that’s fine by me.”

At press time, Skiba was found to now also be using the back of his hand to lovingly stroke the cracked mirror, which he calls “Dark Mistress.”