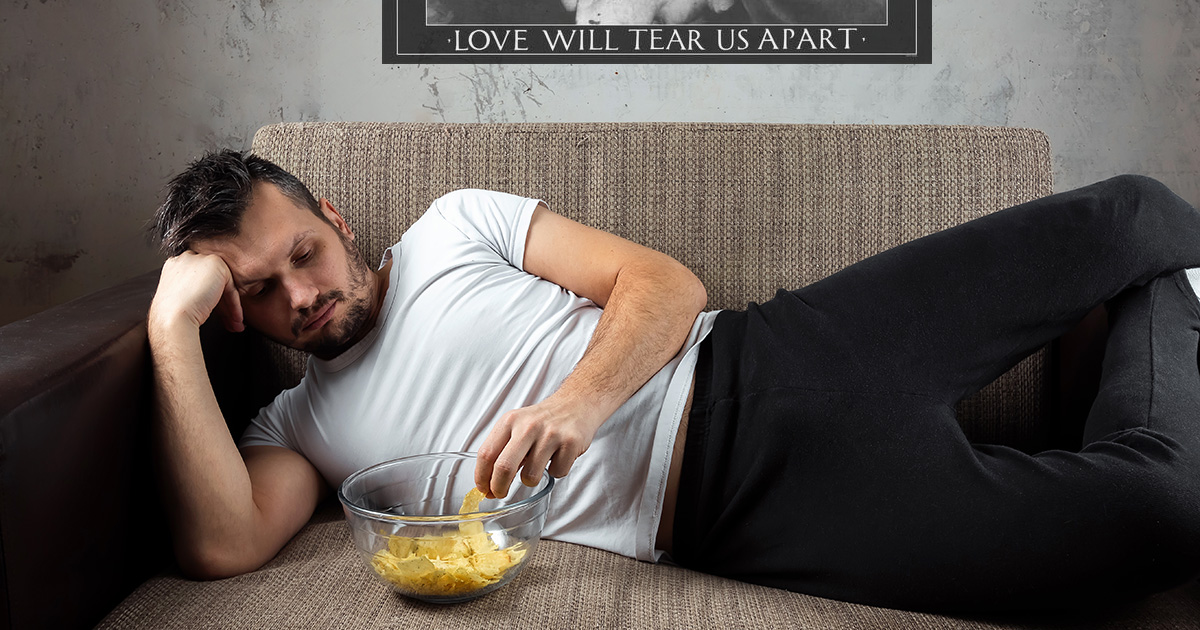 “I’ve cased this place for, like, five days — I know they have a bunch of gear in the basement I could pawn for decent cash… but every time I come by, that dude is on the couch, sort of half asleep with his hand in a bag of chips,” said career thief Robert Yorhause from a nearby tree branch, looking onto the Frick House property. “Looks like he’s starting another season of Game of Thrones, too. Fuck. I swear I saw him watching this same episode earlier in the week.”

“A lot of houses in the neighborhood have been getting knocked off, so you can’t be too safe,” said founding Frick House member Jonny Gomez. “Adam got laid off a couple weeks ago and has been in a real funk, but as long as he’s on that couch, we aren’t getting robbed. It pretty much makes up for the fact he can’t pay rent. We’re even debating buying him Red Dead Redemption 2 so he doesn’t try to go find a job or a girlfriend or anything.”

Meanwhile, local law enforcement stressed that they are remaining vigilant in their efforts to curb robbers, but admitted a depressed friend is a cheap and effective way to deter crime.

“A lot of safety tactics can be easily thwarted: a house camera can catch someone in the act, but if they’re wearing a mask, we won’t be able to identify them,” said police chief Alexandria Rowan. “Having a friend or relative casually smoking marijuana on your couch and slowly making their way through every show on Netflix is a proven, simple solution to keep your possessions safe.”

Gould admitted he was surprised to hear his presence has been so helpful.

“Somebody wants to break in to this pile?” said Gould while turning over to face the couch. “What are they gonna steal — 45 unwashed dishes? I had to eat oatmeal with a butter knife today. Tell that burglar to just rob us already; we leave the back door unlocked since Jonny lost his keys. I don’t care, I’m planning to off myself on Wednesday anyway.”