Homebound Worker’s Complaint About Cat Forwarded to HR, Who Is Just His Other Cat 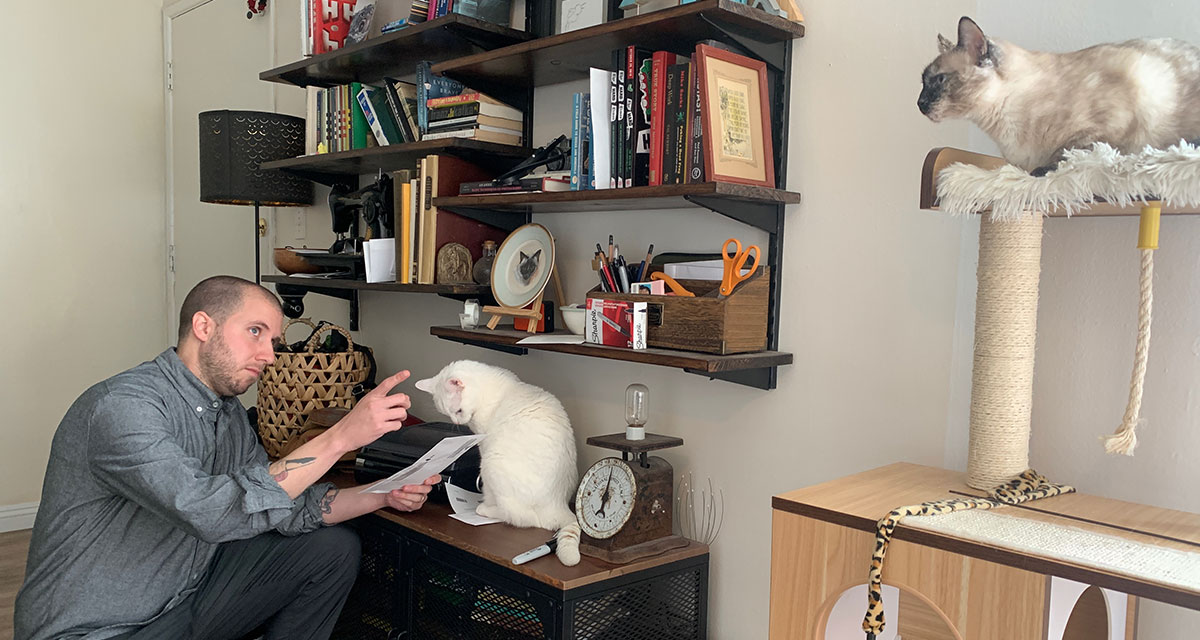 AUSTIN, Texas — Social media marketing manager Anthony Skipper forwarded a complaint about his tortimese housecat Nickels moments ago to his HR rep, Sassafras, who is just his other cat, while working from home amid the coronavirus pandemic.

“I mean, it’s been non-stop harassment since I set up my desktop computer in my home office,” Skipper recounted. “As soon as Nickels got done batting the keyboard cable dangling off the edge, she kept fucking switching between maniacally licking me and biting me on my calf.”

The tension between Skipper and Nickels, whom Skipper adopted from a local shelter seven years ago, had allegedly grown so unbearable that he took his complaint to the office’s human resources representative — a female calico named Sassafras.

“When I found cat barf on my stack of invoices and saw Nickels just staring at me from on top of the bookcase, I’d had it,” Skipper said. “So I went straight to Sassy… and she didn’t give two shits. She just slowly closed her eyes, turned her head and started licking between her toes.”

“What the fuck is the point of having cat HR if cat HR doesnt take things seriously?” Skipper added.

Skipper’s director of human resources Andrea Garza acknowledged Skipper’s frustrations, but insisted he needed to be a “better team player under the circumstances.”

“Frankly, Anthony needs to learn how to co-exist in the same workplace as Nickels,” Garza said. “From what I understand after speaking with Sassafras, Anthony’s frustration stems from a cultural disagreement: Nickels is a cat, and cats are going to walk across your computer’s keyboard to eat a bug, or knock over your monitor when they accidentally dunk their tail in your coffee. Honestly, if Anthony won’t come around, he may need to pursue other opportunities. We don’t tolerate discrimination here.”

At press time, Skipper was written up by Sassafras for placing a dead, disemboweled garter snake in the bathroom sink, a.k.a. Nickels’ desk, as a “harmless office prank.”