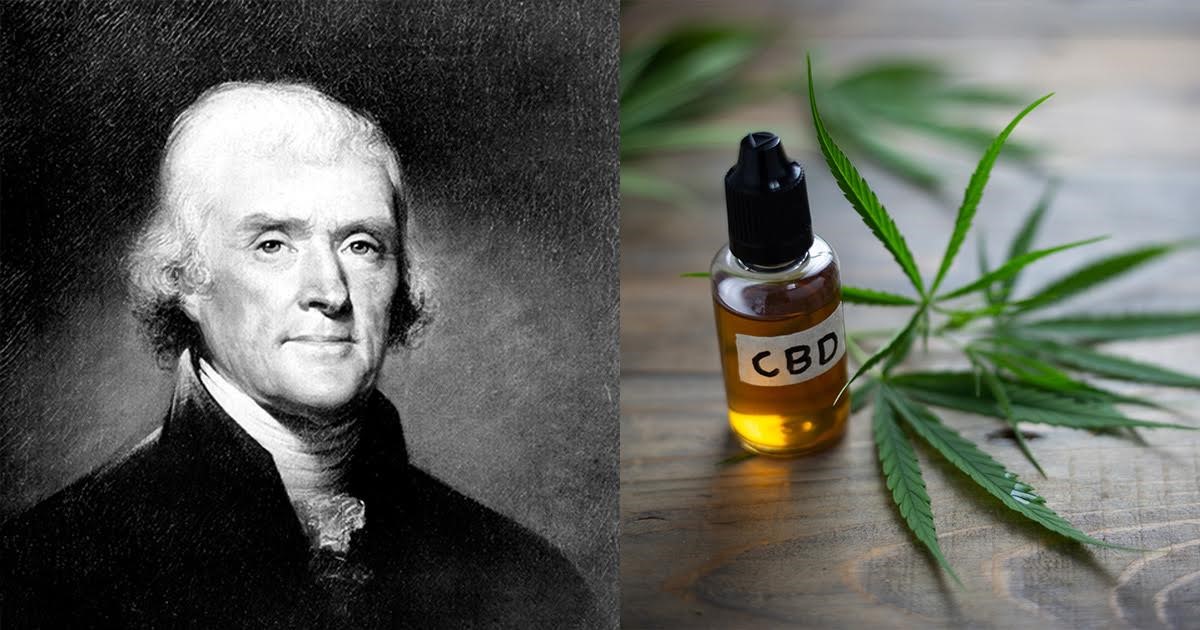 “These findings are unexpected, but not surprising,” said Dr. Elyse Grippin in a press release. “We often forget, but CBD oil was a staple crop in colonial America, valued by importers for its uses in machine lubricants, hair tonics, and child-safe laudanum solutions. Jefferson, however, was uniquely enthusiastic: we could never have guessed how incessantly he recommended CBD to his friends, family, and even strangers. He actually seems pretty obnoxious.”

Dr. Grippin’s findings were facilitated by the discovery of pamphlets published by Jefferson, in which he made many specious claims about the health benefits of CBD oil. The research team ultimately collected thousands of pamphlets — most of which were personally addressed to Jefferson’s colleagues. In particular, James Madison allegedly received dozens of copies, which researchers discovered at the Library of Congress’ James Madison Collection in a box labeled “kindling.”

“The Oil, though in appearance quite humble, is possessed of qualities mystifying and sublime,” Jefferson wrote in a pamphlet titled “Memorandum on the Beneficent Effects and Proper Application of Cannabis Oil.” “Regular administration of the Oil has assuaged the wretched pain in my bones with alacrity, and would likely relieve my servants of their aches and wounds, were it not too dear a substance to waste upon them. Oral consumption produces similarly astonishing effects upon one’s vigour, both psychic and physical, such that it would be of considerable aid in the affairs of both legislative and marital congress.”

“CBD is central to American history,” said CBD blogger Austin Mowle. “For centuries, Americans from all walks of life used CBD oil without stigma — now we know the Founding Fathers were among them. It was only recently that business interests launched smear campaigns that vilified CBD in favor of inferior products like cotton and nylon oil. Hearst, anyone? You can read about it in my new exposé blog — I posted it everywhere. Please share, tag your friends, and use my discount code ‘Austin15’ to get 15 percent off any order with CBD Direct.”

When asked for further comment, the William and Mary team indicated they would temporarily suspend their Jefferson research to focus on their most recent discovery: Benjamin Franklin’s treatise on Spanish Fly.