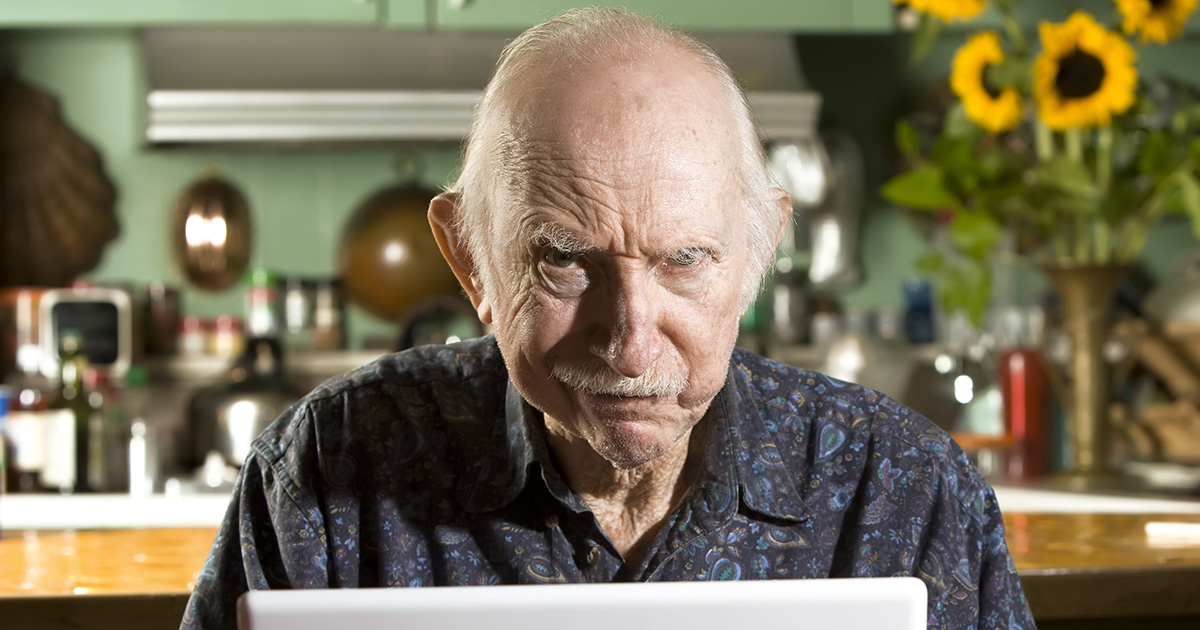 GREENSBURG, Pa. — 93-year-old grandfather and pretentious grouch Stan Kiska yet again defended his stance today that Joe Besser was the funniest and most talented member of the Three Stooges, irked family members reported.

“Besser may have only been around for three short years, but that sonofabitch left his mark!” shouted Kiska to an empty room while his family grilled in the backyard. “Some of the Stooges’ best shorts are from those times — not like that new, watered-down crap from the ’60s.”

Relatives of the aging man have dealt with his contrarian opinions for decades, and have long given up on convincing him otherwise.

“He’s always felt strongly about what he calls the ‘golden era of slapstick,’ and he always will. He even contends that Gummo Marx was the funniest of all the Marx brothers, which is obviously total baloney,” said Kiska’s 89-year-old wife Nina. “Gummo wasn’t in any of the movies, and Stan isn’t old enough to have seen them on vaudeville, but that’s Stan for you.”

“He was so brave, he’d grab and throw back a grenade without hesitation, but that bravery came at a price,” noted fellow soldier Art Russo. “Sure, you’d come out alive, but you also had to listen to half-baked opinions about how John Ford is an overrated director, or how Marlene Dietrich ‘wasn’t that hot.’ Some days, I’d rather deal with the grenade.”

“This one right here, I bought from a hoagie shop in Burbank,” recounted Kiska, who has been unable to find any other Joe Besser artifacts. “They sold it to me for $10 — I would’ve paid $15, but you didn’t hear me complaining. What a steal for an autograph from the greatest comedian of all time!”

When reached for comment, the estate of Joe Besser mentioned that while they appreciate the support, they “must respectfully disagree with Mr. Kiska’s opinion, as Jerome ‘Curly’ Howard is clearly the funniest Stooge of them all.”