Heavily Tattooed Band Tired of Being Asked if They Are Chefs 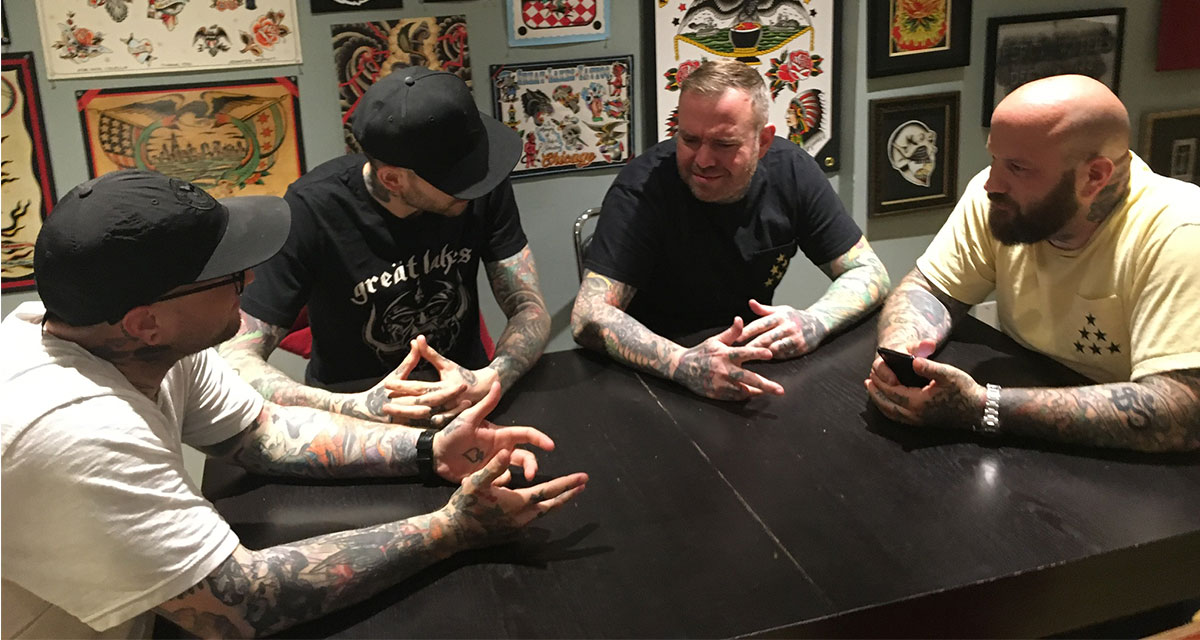 CHICAGO — Tattooed members of touring hardcore band Sin Eater are reportedly tired of fielding questions as to whether or not they are chefs every time they load in gear at a new venue, frustrated sources confirmed.

“It’s the same shit every goddamn night, man. We’ll be loading in, and the door guy will say something like, ‘Wow, dope ink, which restaurant you cook at?’ I just kind of smile and nod, because I don’t know what the hell to say,” said Sin Eater guitarist Perry Carter. “Just because someone has tattoos doesn’t mean they work in a professional kitchen — a lot of people with tattoos like to play live music, too.”

“Since they have so much tat work done, people just assume they’re the types of chefs that make everything out of weed butter — or stuff a turkey full of weed, deep fry it, then roast it over a trash can fire in a community garden or some shit,” said frequent merch guy Omari Adams. “It was kind of funny at first. I’m sure part of the frustration is that every night, we struggle to break even, but if they had their own cooking show on Viceland where they made giant hamburgers or ate dangerous jungle food, they’d definitely live a bit more comfortably.”

Tattoo historian Adrian Kramer noted this is the latest in a long progression of changing social morés.

“It’s much more acceptable today to have tattoos. Just 20 years ago, if you had a hand or neck tattoo, your only job prospects were actually being a tattoo artist, or dealing drugs for biker gangs,” said Kramer. “Now you basically need to be tattooed to get hired in any restaurant in America.”

“To rise quickly through the ranks, it also helps to have had a history of addiction that ‘isn’t a huge thing’ anymore,” Kramer added. “But the most important thing is clearly highly visible, regrettable tattoos.”

At press time, Sin Eater were relieved when a gas station attendant asked if they were in town for a barber convention.