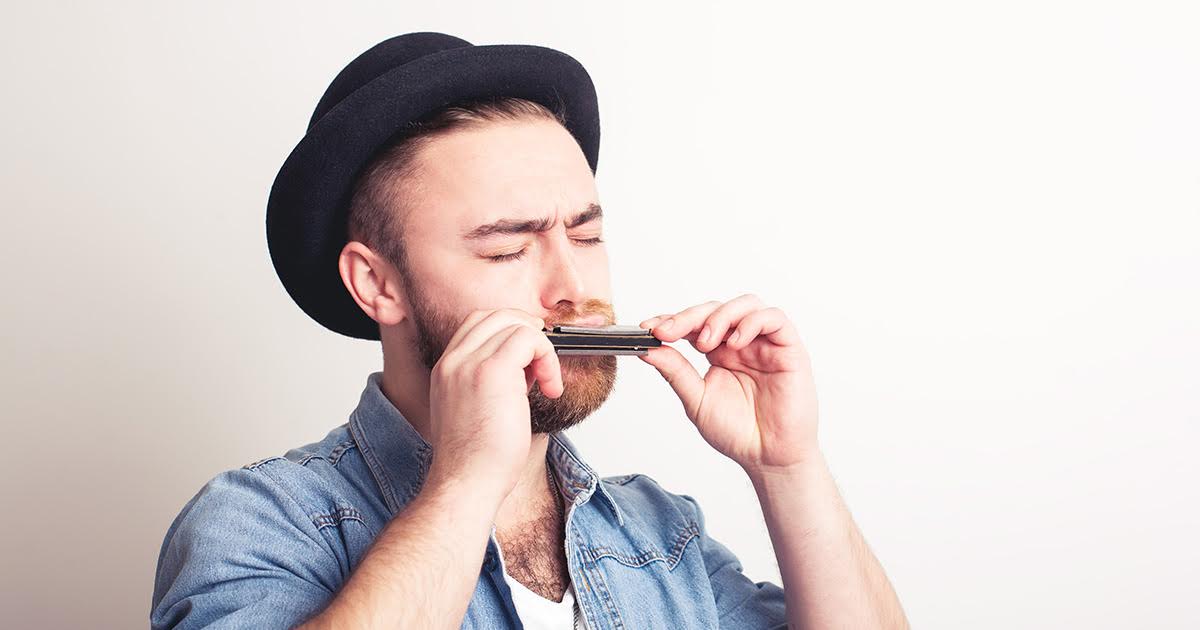 GREENSBORO, N.C. — UNCG sophomore Dylan Godsin, already known to many on campus as “hat guy,” made a major play yesterday for the additional mantle of “harmonica guy,” according to stunned fellow students.

“I couldn’t believe it,” said senior Cora Mathewes, who watched Godsin’s debut performance from across the quad. “Just when we finally started to accept the bowler hat, he pulls out a harmonica, right in public. I know this is a liberal campus, but tolerance has a limit.”

“It wasn’t even bluesy or soulful. He was just breathing in and out of it like he was playing a shitty sea shanty,” she added.

When questioned, Godsin explained his reasoning.

“Yeah, you know… it’s just how I express myself. It’s nice to take all the troubles of the day and blow ‘em out on the ol’ mouth hog here,” Godsin said. “What can I say? It centers me.”

However, Mathewes was not alone in her skepticism of Godsin.

“Can he do that?” said Kenton Waford, disaffectionately known on campus as “trench coat guy.” “When I tried to add fingerless gloves to my persona, I was laughed out of the caf’. I think there ought to be a strict ‘no double dipping’ policy. I mean, who does this guy think he is, Madonna?”

“Why split focus between more than one thing? It’s distracting,” agreed commuter student Daniel Govanki. “I’ve been ‘wooden tobacco pipe guy’ since freshman year, and that’s served me through six years of college. Just pick a thing and stick to it.”

“Back then, I was trying all kinds of things to cobble together a personality,” Sonoski explained. “I really struggled to find an identity for years after college — I was obsessed with the Beatles for a long time; then, I tried white nationalism. But I’m glad to have finally put all that behind me. Now the thing I like is Marvel movies.”

At press time, Godsin had already given up the harmonica, but was rumored to be experimenting with contact juggling.