Hardcore Band Called Out for Not Wiping Down Equipment After Set 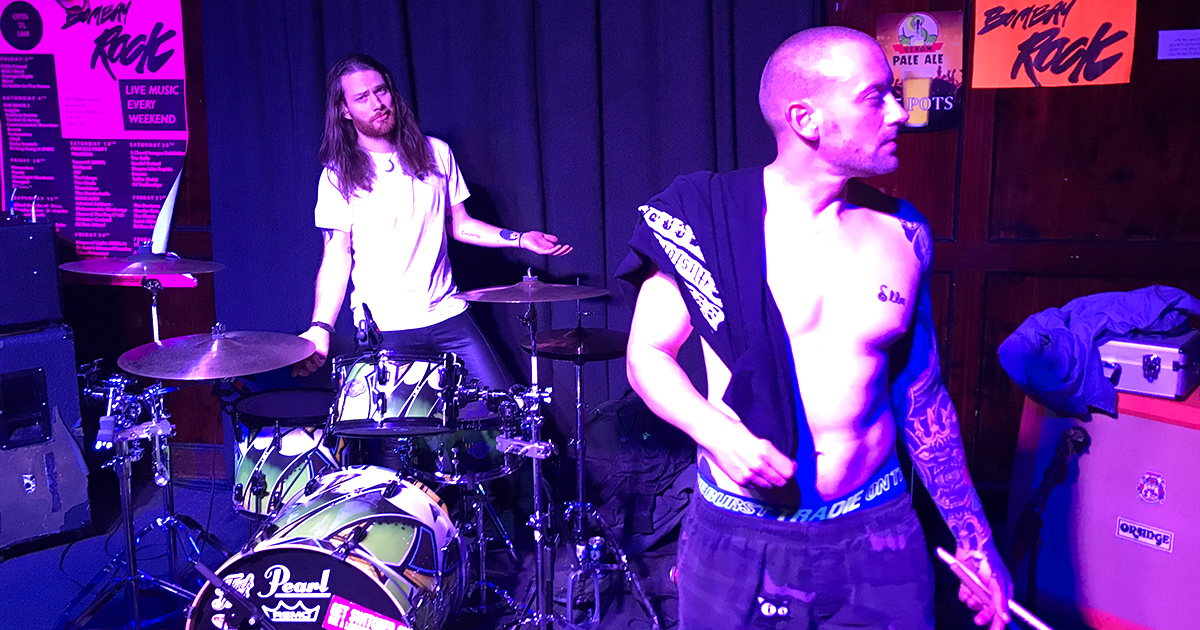 ODESSA, Texas — Touring hardcore band Mormon Conversion Unit was criticized last night for failing to observe the established etiquette of wiping down the equipment after their set, according to impatient sources waiting their turn nearby.

“I know this scene is supposed to be a judgement free zone, but that’s just unsanitary… how is every inch of the mic cord soaked?” said Petey Huck, the drummer for Circle War, the next band to play. “If they asked us to backline gear for tonight’s show, the least they can do is give it a courtesy sweat wipe. You should have seen the drum throne — this guy left a puddle a frog could take a bath in. I’m not trying to get MRSA again.”

“Not to mention, you should always rewrap your cables when you’re done with them. And no slamming mic stands!” he added. “I know these rules are unwritten, but they really should be posted somewhere.”

“I tried to give the MCU guys a piece of my mind in the green room, but I was a little intimidated by how comfortable they were with nudity,” Falco said. “I mean, the bassist was walking around wearing only a hockey jersey… and I mean ‘only.’ It was kind of hard to maintain eye contact.”

“Here I am blasting through my set, and these dweebs are standing right next to me, just offstage,” said Richter. “It’s like, look, bro… I know you’re next. You don’t have to hover. Just let me get my set in and I’ll go. Act like you’ve been here before.”

At press time, the two bands appeared to have made peace as Falco was spotting Richter while he loaded a bass cab into the back seat of his girlfriend’s Honda.