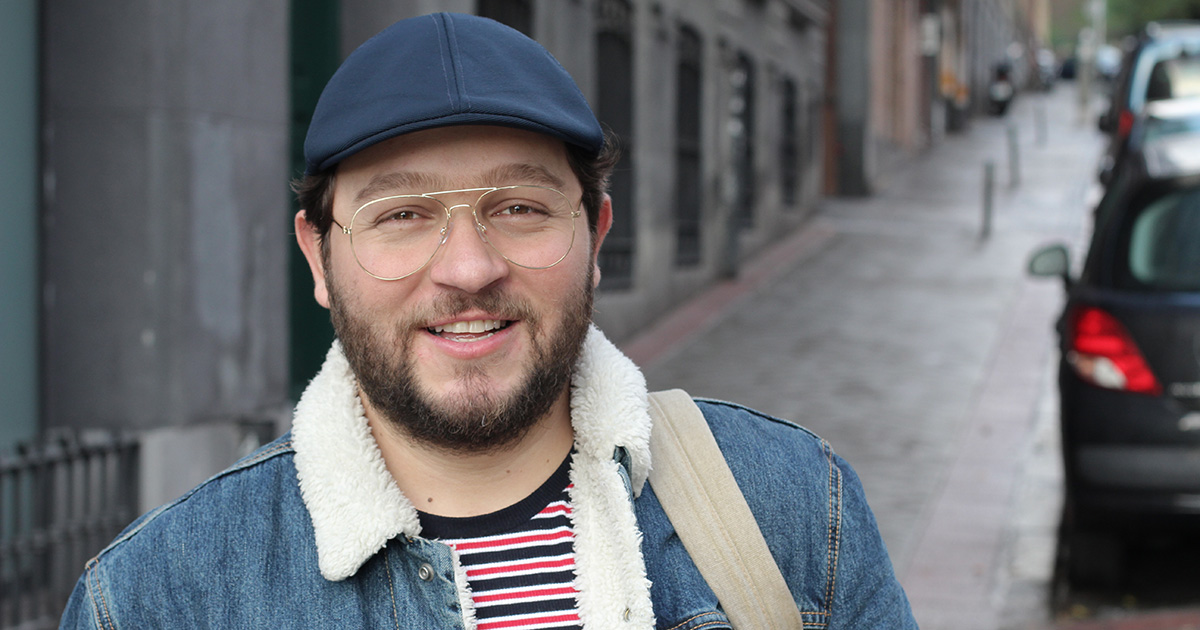 “I just feel like I’m a little unlucky when it comes to love,” said Matthews while reorganizing his vinyl collection by spine color. “I want a relationship that’s cross-genre, hard to define, and impossible to explain why it’s good, but I know it’s special once I hear it… I mean, hear them. Like, you either get it, or you don’t. And what most women want is more straightforward and obvious, like a pop song with a predictable rhyme scheme and monosyllabic lyrics.”

“Though I guess I probably should stop texting the girls I’ve gone out with and asking them if I can make them a playlist,” he added.

Women who dated Matthews admit they didn’t quite realize what the quotes in his profile alluded to.

“I guess I just thought he was kind of a bad poet, which is fine. When I read, ‘And I’m asking you to hold me, just like the morning paper,’ and, ‘If I could settle down, then I would settle down,’ I had no clue those were lyrics, or that Pavement was a band,” said Alexandra Caplan, who went mini golfing with Matthews last fall. “Nate always said he wanted a relationship that wasn’t necessarily appreciated in its own time, but would later be regarded as massively influential. Whatever that means.”

Respected music critic Jen Murphy says it’s not uncommon for some men to rate and review their partnerships, much like she does with new albums at her job.

“I’ve gotten some weird emails in my line of work, but none weirder than the ones I get from Pavement fans asking me for my review rubric and claiming that they just want their relationship to be a perfect 10, like ‘Crooked Rain, Crooked Rain: LA’s Desert Origins,’ the remastered reissue of ‘Slanted & Enchanted: Luxe & Reduxe,’” said Murphy. “There’s only two pieces of advice I give to female rock critics: never cry at work, and create a special filter to route the emails you get from indie rock fans to your spam folder. Whatever these guys are looking for, I hope they find it.”

At press time, Matthews had reportedly updated his Tinder profile to say, “Honey, you’re a prize and I’m a catch and we’re a perfect match.”