Guy Reading Print Newspaper Must Be Steampunk or Something 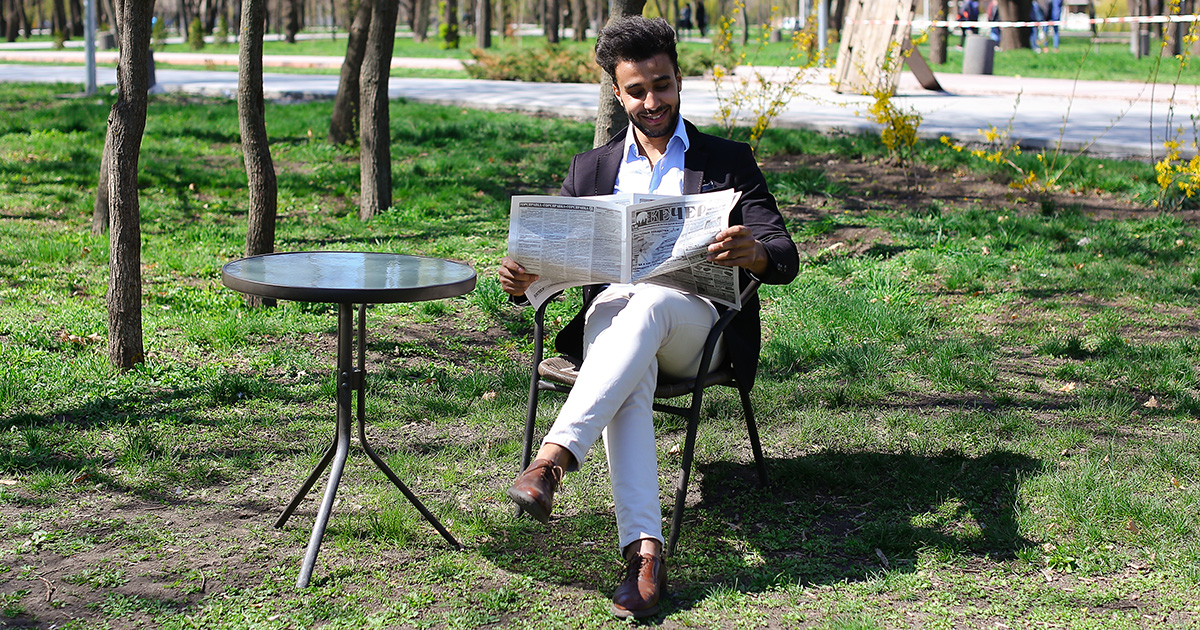 SAN DIEGO – Several passersby were bewildered yesterday by what must have been a steampunk of some sort, quietly reading a print newspaper by himself at a local park.

“I had to do a double-take, because I wasn’t quite sure what I was looking at,” recalled casual park enthusiast Jenny Topilow, peering up from her iPad. “The guy on the bench next to me had this giant collection of papers in his hands, with ink writing organized neatly all over the paper. Like a newspaper, I think? It looked like a set piece from my friend’s steampunk art installation. Maybe it was like, one of those Improv Everywhere things?”

“I’m usually not into steampunk culture, but props to this guy for subtlety,” noted local sci-fi subculture aficionado Dexter Magnussen. “Your standard steampunk will often sport a leather top hat with goggles attached, a Victorian-era dress, or perhaps a prosthetic arm made out of metal rods and gears. This guy made an important statement today: less is more.”

Amongst the crowd, however, an elderly man was annoyed by the commotion surrounding the alleged steampunk.

“What the hell is a steam hunk?” asked local old man Dick Rogers. “He’s reading a frickin’ newspaper! Ya know — the thing that has current events printed on it? Christ, you kids have too many things these days. Dying right now would be a gift.”

Passersby weren’t the only ones confused by the newspaper-wielding man. One city bus driver was unsure whether or not the man intended to ride, suspiciously stating, ‘Good morning, ma’am!’ while waving at her.

“I don’t have time for games. ‘Have a nice day?’ What the hell is this, ‘The Andy Griffith Show?’ I have a schedule to keep,” said city bus driver Trisha Hunt. “You wanna make some cultural statement about the impending death of a media juggernaut in the form of avante-garde minimalist steampunk performance art? I get it. But not at my stop, friend!”

After realizing the bus left him behind, the man with the newspaper frantically asked where he could find the nearest phone booth to call a friend, and if he could borrow 25 cents.