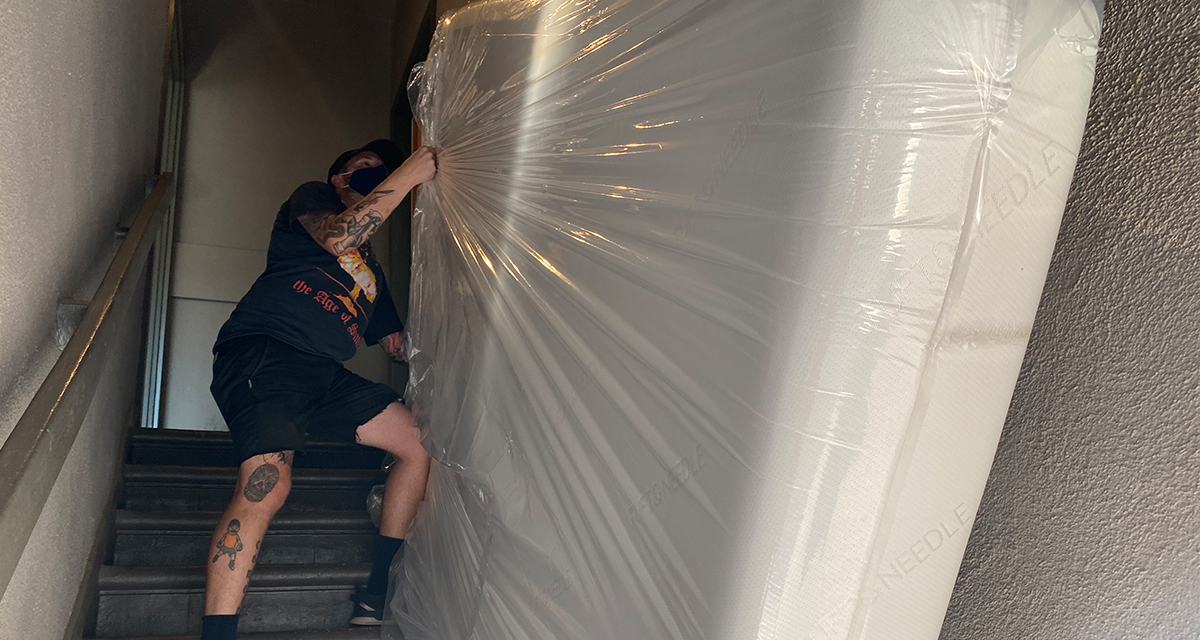 NEW YORK — Overly-confident 24-year-old Matt Baxter convinced himself today that he could hoist a new, king-sized mattress to his 4th floor walk-up apartment all by himself, amused neighbors reported.

“It’s a mattress, which is practically a pillow, so I don’t think I need to call for any extra help,” said Baxter, who has reportedly never asked for help for anything in his life. “I don’t want to owe any favors, and I feel weird about tipping delivery guys, so I just had them open the back of the truck and I dragged it out. Shouldn’t be any trouble getting it up to my room as long as I carry it on the end so I can make it around the corners easier.”

Nina Alvillar, Baxter’s girlfriend, explained that he has always had a stubborn, unrealistic view of his own abilities.

“This is pretty typical for Matt. I think I’ve heard him say ‘I can just do it myself’ more than I’ve heard him say ‘I love you,’” explained Alvillar, whose threats of paying for a spa day result in constant foot massages from Baxter. “He once refused to go to a dentist to have his tooth pulled because he ‘owns pliers and can just watch a tutorial on YouTube.’ But if I’m being totally honest with myself? It’s actually kinda hot that he’s so self-sufficient… when it isn’t moronic or dangerous.”

Psychologists have been researching for years why so many American men develop a stubborn, skewed sense of their own abilities.

“This type of behavior is typical of the American male — it often starts as children when they force themselves to bring in all the groceries in one trip,” explained Dr. Laura Zobar, head of research at Pepperdine’s Graduate School of Education and Psychology. “This warped sense of ability then blossoms into unrealistic DIY home projects, risky trick attempts when enjoying outdoor activities like snowboarding or skateboarding, and a total refusal to seek therapy in any context, whether mental or physical.”

At press time, Baxter’s mattress was spotted near the top of the first staircase, covered in sweat. A note found near the mattress read, “I’m so sorry. I thought I could do it. I failed, and I must start a new life elsewhere. Don’t look for me.”