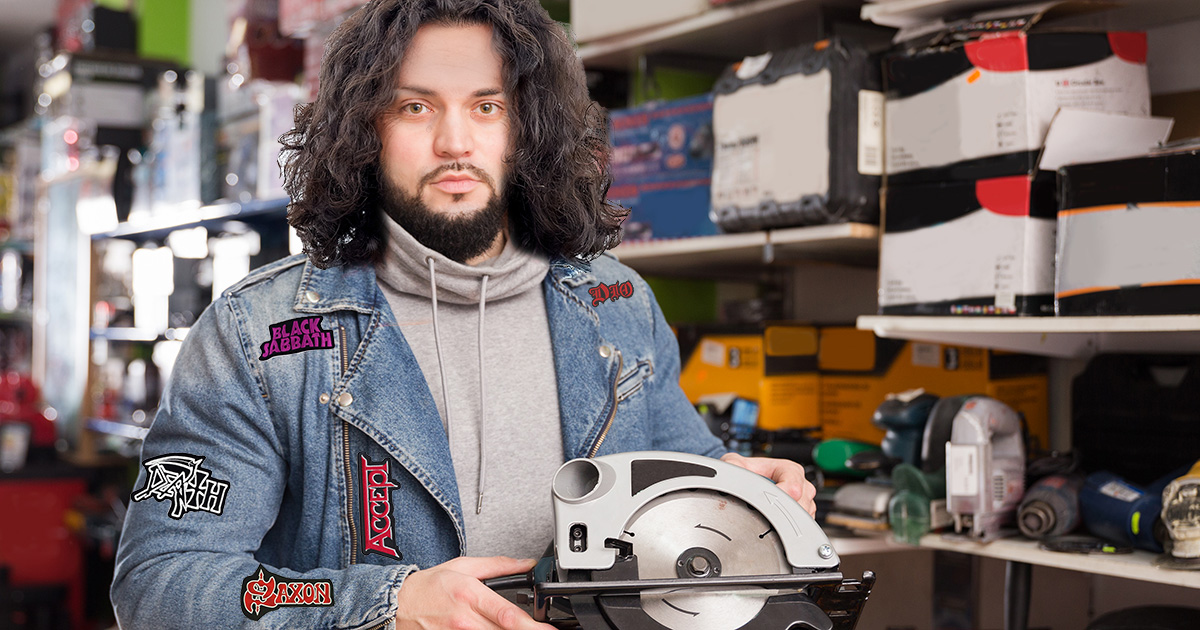 DENVER — Julian Rodriguez, guitarist of Black Sabbath tribute act Supernauts, fought back tears this morning as he purchased a Ryobi circular saw with his bandmates at Richards Family Hardware, store employees impressed by his commitment confirmed.

“We all agreed that Supernauts will be the definitive Sabbath tribute experience in the world… or at least, Denver. I guess it’s my turn to show my commitment to the group by lopping off the tips of two of my fingers,” muttered Rodriguez between sniffles. “After all, our frontman started a daily regimen of cocaine and weed to channel his inner Ozzy. On the bright side, I think I’ll qualify for handicap plates after this is all said and done. And my tone is going to match Iommi’s exactly.”

Staff at Richards Family Hardware can’t seem to recall ever having such a bizarre interaction with a customer in their typically peaceful store.

“This weird guy comes up to my register, plops down a saw, and you could just tell he’d been crying by the wavering in his voice. When I look up, I see he’s clearly terrified about something,” recounted cashier Olivia Namath. “He was muttering phrases to himself like, ‘The most authentic Sabbath tribute,’ and, ‘Do it for Iommi,’ but I couldn’t understand anything else.”

“I noticed he had some black lines drawn across parts of his fingers, but I didn’t think anything of it,” Namath added. “We don’t have any specific store policy about preventing emotionally disturbed people from buying saws, but maybe we should. He kept saying, ‘Measure twice, cut once,’ as he walked out the door. I’m praying for him.”

“Bloody hell, I didn’t do it on purpose! Can’t people just do terrible covers of ‘Sabbra Cadabra’ like the old days? Or better yet, find your own sound,” said Iommi, who lost the tips of his fretting hand’s middle and ring fingers on his last day of work at a sheet metal factory. “People think I downtuned my guitars to make the strings looser and easier to play, but nope — I tuned my guitars down because Ozzy can’t hit a high E to save his life. Get your heads straight, guitarists. Not everything is about tone.”

Iommi’s reaction comes as a sweet wind of relief to Supernauts’ drummer Kendra Mason, who also plays in a Def Leppard tribute act.