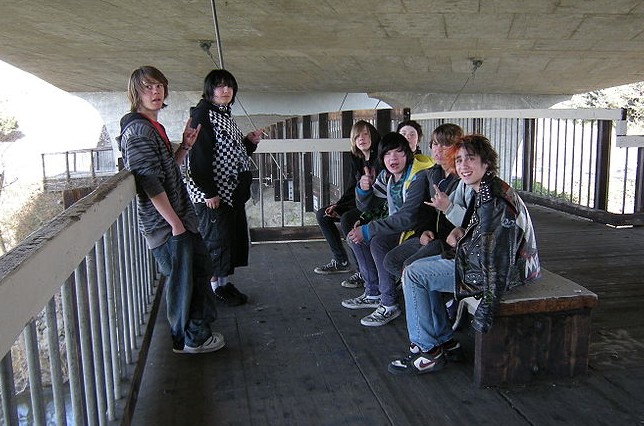 SANTA FE, N.M. – The life of a teenager is filled with new discoveries, growth and lifelong pledges. It’s a quickly changing world where relationships come and go, but one group of local teenagers feels that, despite all evidence to the contrary, they will be friends forever.

“We do everything together,” Carlos Delatorre said. “I have known these guys since sophomore year of high school and we are basically inseparable. Mikey and my girlfriend even hang out all the time when I am busy.”

The friend group firmly believes they will remain close despite the fact that four out of five of them plan on attending out-of-state colleges and, statistically speaking, one of them is likely to die tragically on prom night.

“It doesn’t matter that these guys are all moving away in the fall, I will go visit them,” Dellatorre said. “As luck would have it, Mikey and my girlfriend, Abbie, are both going to the same college in Texas. So I can visit them both at the same time.”

With real world responsibilities and societal expectations quickly creeping into the groups’ lives, many experts see the friendship ending sooner rather than later. “Maybe one or two of them might remain friends, but most likely there will be a lot of unkind words said when one of them breaks edge,” developmental psychologist Harvey Schultz said. “Personally, I haven’t talked to my high school friends in over 40 years and I am better off for it. Those backstabbing fuck-faces can rot in their special corner of hell.”

According to an old guy standing in the back of the room, friendships within the hardcore scene have been known to have an average life expectancy of two to four years, but are heavily based on the amount of onstage shout-outs one receives.

“I know my dudes in the D.F.L.T.D.C. (Down For Life ‘Till Death Crew) are always gonna stay true; this is a lifetime commitment. We all understood that when we gave ourselves the stick ‘n’ poke tats on our ankles. I really don’t see what could ever come between us,” Delatorre said.