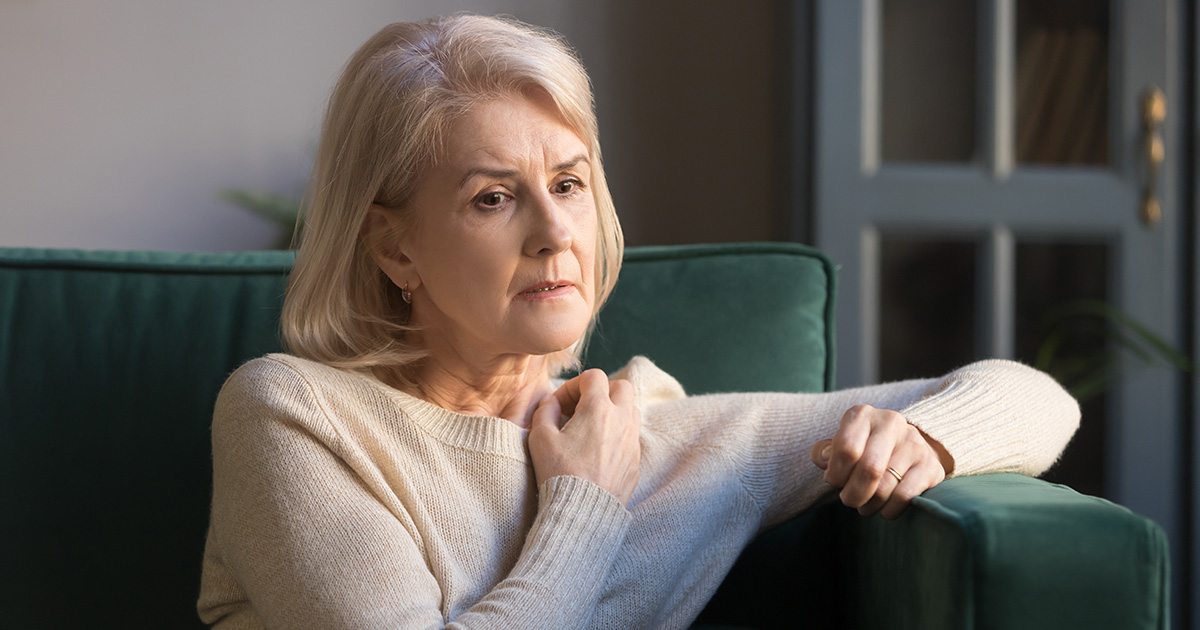 ST. LOUIS — Local Grandma Delores “Meemaw” Naggi is still trying to recall the name of “the doohickey Mr. So-and-So had” from that totally irrelevant and tangential part of the story she told earlier today, according to eyewitnesses.

“It has something to do with those thingamabobs old what’s-her-face talked about,” Naggi told an assisted living suite full of her dead-eyed great-grandchildren. “You know, the one Anne would walk around with, big-as-you’d-please, thinking she was better than us. Oh, what were those called?”

Naggi’s great-grandchildren were unable to help her in her quest, despite three hours of circuitous storytelling full of mindful pauses and self-directed questions to think things through.

“I have no idea who Anne is, but I’m pretty sure she died in 1972. I don’t know who any of these people or places are. I can’t follow anything she’s saying,” great-granddaughter Isabelle Naggi said when her Meemaw excused herself to use the restroom. “I’ve learned to dissociate from my body when she wants to talk a stream of consciousness at us so she can reminisce about the details of her life uninterrupted. I wanted to ask her about FDR for a school project, and now I’m pretty sure I’m going to fail.”

Witnesses claim Naggi subjects more than her own great-grandchildren to this behavior.

“She’ll seek out anyone within a 10-foot radius younger than 30, because they’re too polite to ask her to stop or just walk away,” said Sunrise Meadows assisted living facility’s manager Conchita Gomez. “I once saw Mrs. Naggi corner a rookie CNA for three whole shifts while she tried to remember the name of her childhood pediatrician. The CNA never came back.”

At press time, Naggi was thinking that maybe either someone named Jim, or possibly “that little blonde girl,” might know the doodad’s name you-know-who had, but she’ll have to mull it over some more.