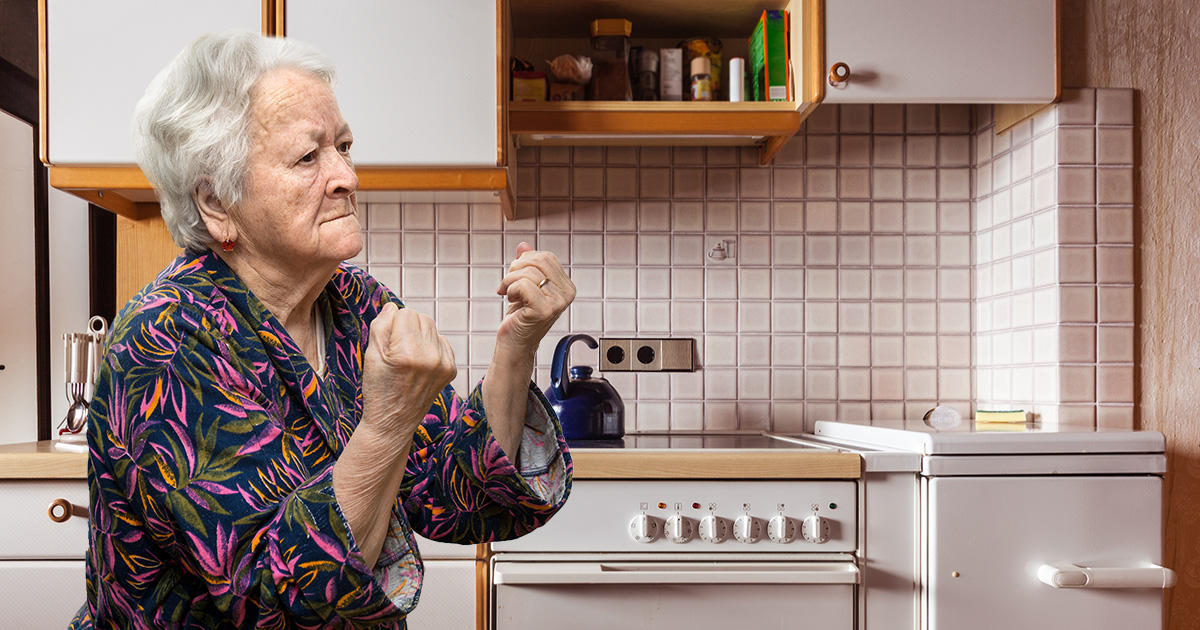 MUNCIE, Ind. — Local grandmother Ida Connolly increased the volume of her racist tirades yet again today since learning that her family enacted a “just ignore her” policy, uneasy relatives confirmed.

“We love Nana… it’s just, she watches a lot of Fox News, and ever since Pop-Pop died, I guess she doesn’t have anyone to talk to anymore. So she’ll go on and on about how she hates when people speak Spanish in public,” said eldest granddaughter Sarah Connolly. “Family gatherings got very tricky, so we instituted an ‘ignore Nana’ rule for everyone’s benefit. But now she’s far worse: her casual slurs have turned into outright racist rants to try to make one of us respond.”

Experts note geriatric bigotry is not unique to the Connolly family, as many members of Ida’s generation exhibit the same toddler-like behavior.

“People born in the era where they’re too young to remember the Depression and World War II and too old to be considered boomers represent a uniquely shitty worldview,” noted filmmaker Ken Burns. “They came of age in an environment where conformity was in, and the only lasting memories they have of high school is ‘segregation was good.’ By time the counterculture movement kicked off, they were already settled down and too old to actually go to Vietnam, despite supporting it. Compounding the problem, they instilled a ‘respect your elders’ worldview in their own children that rendered them too meek and helpless to push back and, so, it falls on the grandchildren to handle this bullshit.”

“In my day, we always answered our elders when they called upon us, so they’re in for a surprise if I’m going to keep quiet just because they’ve stopped talking to me,” noted the octogenarian curmudgeon. “The problem is, they coddle these kids. And race mixing — that’s even worse. Someone needs to give them a little dose of how things are in the real world. [The family] only did this because my one granddaughter doesn’t come home anymore after she brought that you-know-what to Thanksgiving. Back in my day, we didn’t condone these things.”

Connolly then insisted, while being taken to her room, that “things would be fine if they just brought back prayer to schools.”