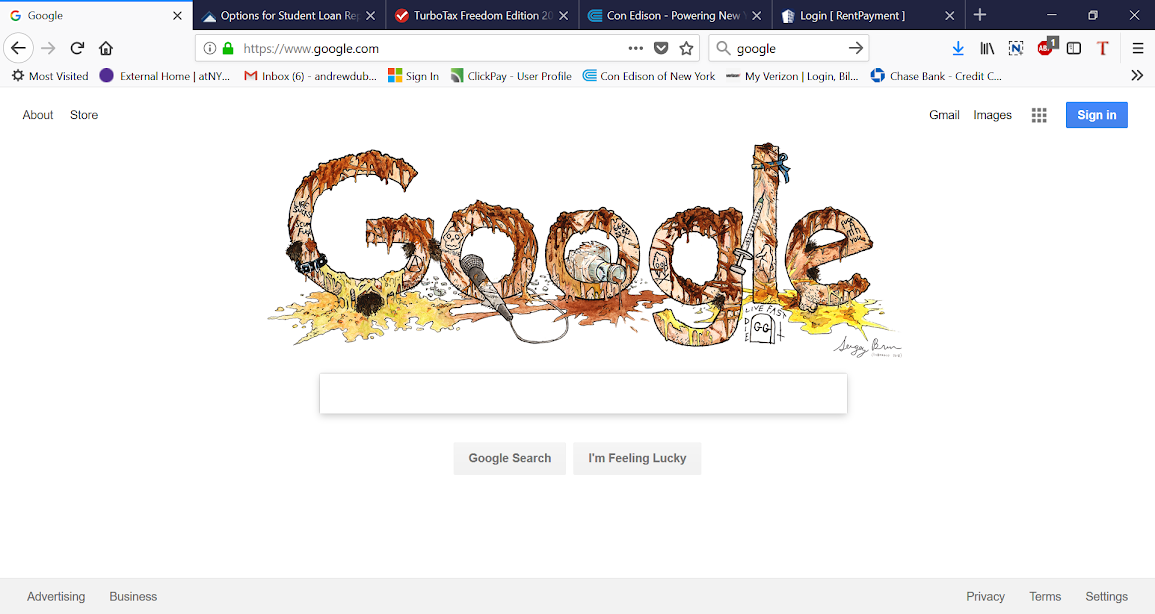 “I went to check my email, and I see the Google logo covered in piss, shit, vomit, and whiskey. The ‘L’ has a heroin syringe sticking out of its side, and the lowercase ‘e’ has a tiny penis and testicles hanging off the end,” said Gmail user Terry O’Hannigan. “My kids are only in elementary school. They should not be exposed to GG Allin until middle school, like everyone else.”

The reimagining of the logo was reportedly personally drawn by Sergey Brin, CEO of Google’s parent company, Alphabet, Inc.

“Our Google Doodle effort honors great minds and events of human history, such as Louis Braille, or Finland’s Independence Day. Today, we add to the list a man who threw feces at his concerts and couldn’t really sing well,” revealed Brin on the official Doodle blog. “Not many people know this, but I coded the first iteration of the Google search engine while listening to Eat My Fuc on loop.”

Jesus Christ “GG” Allin, famous for his violent, degenerate stage presence and “generally just being a total asshole and piece of shit,” is the first punk to be honored by Google.

“The American experience is vast and unique,” said Google CEO Sundar Pichai. “That is why we pay tribute to GG today. From his modest, cult-like upbringing in New Hampshire, to his untimely death of a heroin overdose in his friend’s apartment, GG showed that free speech is alive and well in the U.S. So, as GG would say, ‘Bite it, you scum.’”

Unfortunately, the greater punk community is largely disappointed by the Doodle. A petition started by the co-op No Gods No Masters is demanding that Google alter the Doodle to include blood, and shrink the genitalia to more accurately reflect Allin’s tiny penis and scrotum.

“Did Jim Davis draw this? It’s practically family friendly,” said local gutter punk Davey “Gutrot” Watkins. “GG would be rolling in his grave if he knew that people were forgetting entire swaths of his legacy — like his racism, and abuse towards his fans.”