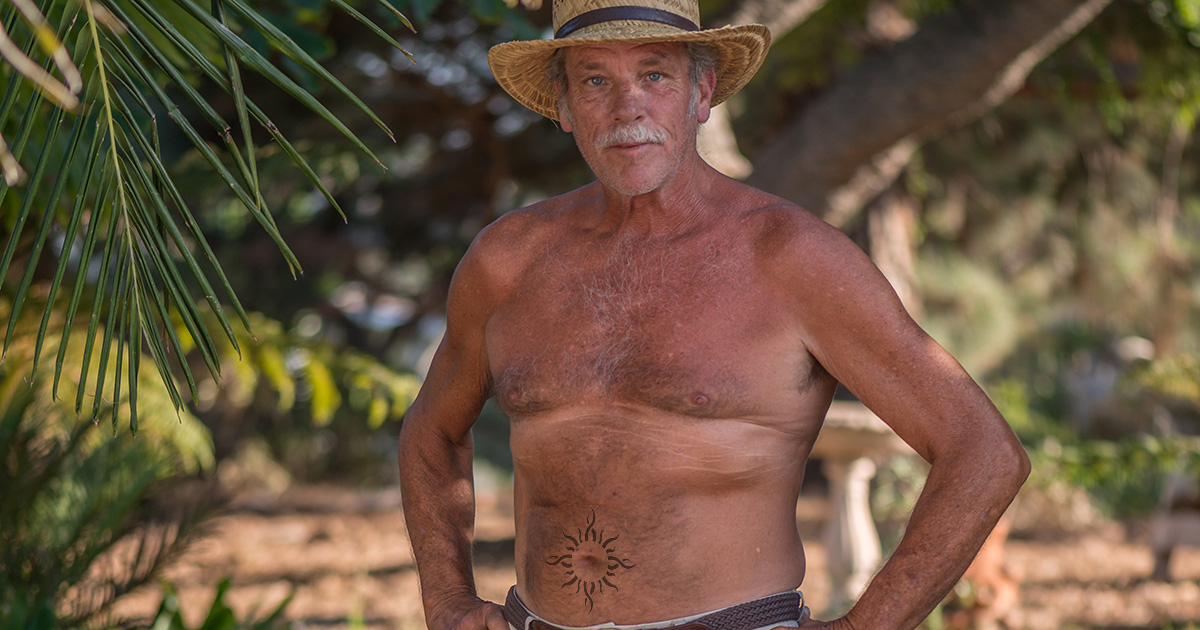 “The Scott Bailey that drank a fifth of Goldschläger and got this tattoo in 2001 was a different guy. I haven’t punched a kid with long hair because he didn’t support the troops or cried while karaoking Linkin Park in years,” Bailey admitted while shopping for swimming trunks and lube. “But I’m grateful for him because the tribal pattern around my oblong outie has locked down a lifetime of raw dog sex. Whether I’m jamming Disturbed and washing my F-150 or mowing the lawn, once I take my shirt off, it’s over. Married, single, gay, straight: doesn’t matter. Nu metal-inspired tribal tattoos press everyone’s freak button.”

When questioned about the tattoo, Bailey’s stepdaughter Jessica Johnson admitted the tattoo gracing the sultry curves of her stepfather’s leathery beer belly casts a spell on anyone that sees it.

“90% of the time, that guy is fuckin’ cringe. His hobby is making bootleg Back the Blue merch in the garage,” Johnson stated while scrolling Tik Tok. “But I’ve seen post-menopausal women slide off their seats and my girlfriends cream their jorts after getting a peek at that splotchy Wiccan sun. Not to be weird or anything, but I low-key get why my mom dumped my dad for Scott now.”

“Since Scott’s last pool party devolved into an eighteen-hole, no-rules fuckfest that clogged every jet in the hot tub, you wouldn’t believe how many people have asked about stomach tattoos,” remarked Horvath while standing outside a packed waiting room. “They think they’ll get a Dave Matthews Band tattoo on their hip and crush ass, but they also need shitty outlining, alcohol bloat, a goatee, and heaps of Republican ideology. Fuck it though because Scott’s sex life is great for business.”

When asked about the infidelity caused by the tattoo, Bailey’s current wife Hillary Walker-Bailey explained that her husband can fuck and suck his way through town provided the sun can still rise on her.