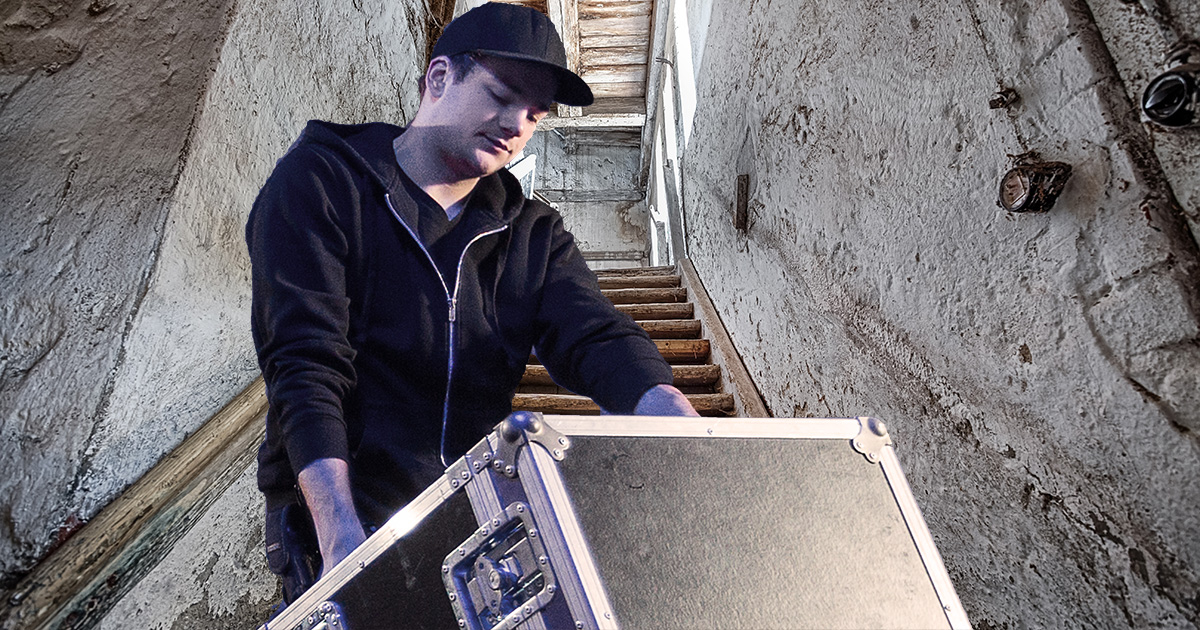 WASHINGTON — Two 20-step staircases at local venue The Disco Motel are among the most hated structures in the city, according to multiple breathless, annoyed patrons.

“I fucking hate this venue. I have to use the Stairmaster at the gym everyday for a month before we play here just to have the stamina to carry all my shit up those fucking stairs,” Poseidon’s Piss drummer Jodi Lowe explained, while taking a break to use their inhaler on the landing between the two staircases. “I can’t imagine what kind of shape the folks who carry the kegs must be in. How do they not even have a service elevator? Is this legal?”

“Yeah, as someone with mobility issues, the Disco Motel is a nonstarter,” Poyle stated. “I went once and had to listen to the whole show from like three stairs up until a very kind, huge stranger fireman-carried me into the main room. Maybe if they paid a couple of huge guys to carry people up permanently I could go there again, or you know, they could just install an elevator.”

Venue owner Dave Jesperson is a staunch advocate of keeping the stairs.

“You can’t imagine how awesome these stairs were back in the day. There’s so much room for sitting and passing around Old English, or standing in the poorly lit areas and mackin’ on babes,” Jesperson reminisced, while making a Long Island Iced Tea from the venue’s bar. “I wouldn’t get rid of these stairs if God himself made me, so I’m certainly not going to do it just because it’s ‘legally required’ by the federal government. I’ll just keep jacking ticket prices up to cover the fines.”

At press time, a visibly drunk patron could be seen clinging to the railing, muttering “oh fuck, oh fuck” repeatedly, and gingerly stepping down one steep step at a time.