Ghost of Christmas Past Shows Man His Faux Hawk Phase 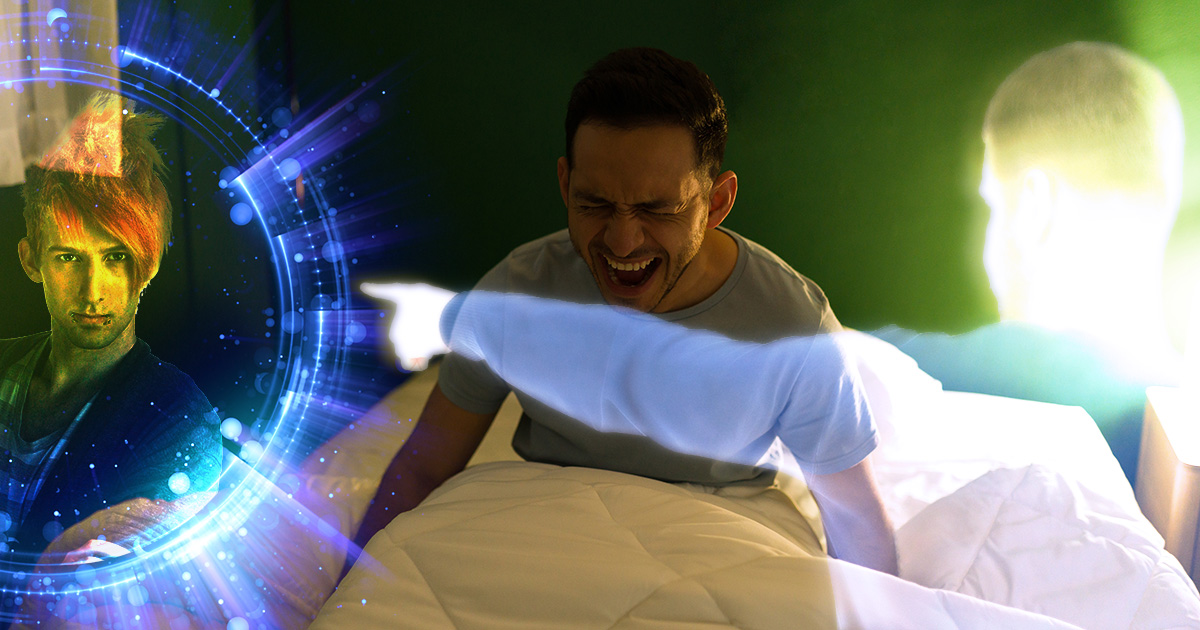 SOUTH BEND, Ind. – Notorious asshole Bill Finley was kidnapped in the middle of the night by a disembodied paranormal entity and taken on an adventure through time and space to witness his faux hawk phase firsthand, grateful sources confirmed.

“That was an era in my life I had completely blocked out of my mind. Then I was transported to an Avenged Sevenfold and Atreyu show in 2007. Once I saw myself standing there with all that product in my hair, bedazzled True Religion jeans, and a skin-tight Affliction shirt, I couldn’t unsee how pathetic I was,” Finley said while shaking his head mournfully. “I could’ve shaved the sides and gotten a real mohawk or dyed my hair blue, but I didn’t. I had a head full of stiff, brown poser hair. I would give anything to go back and change my ways.”

When questioned about the experience, the spirit chuckled at Mr. Finley’s fashion faux pas as well as those it had yet to visit for simultaneously wearing black eyeliner, beanies with brims, and all-over print hoodies.

“I’ve done a lot of these benevolent midnight kidnappings, and this is one of the worst. He looked like a body double for every member of 18 Visions if they had stopped working out,” the ghost chided while also observing a nearby man wearing a Carhartt jacket and Yeezy Boosts. “Seeing himself at that show was painful because Bill finally realized he looked like an asshole to everyone else around him. You hate to see someone in pain, but it’s how I know I’ve done my job.”

Kalon Hair Lab owner and stylist Addam Stewart, believed to be the creator of the faux hawk, sincerely regrets unleashing the mistake on the masses.

“Honestly, I was really hungover that day and couldn’t keep it together. I was supposed to do a mohawk and had to sit down or I was going to throw up, so I gave my client a quick fade and some product and called it a day. It was an abomination that should’ve been shaved before it hit the sidewalk,” Stewart remarked while slamming a Red Bull between clients. “The faux hawk is the greatest mistake of my career. At first it was just people in Orange County that loved it, but once it hit Myspace, there was no stopping it.”

When reached for further comment, Finley expressed optimism that his new mullet, joggers, Crocs, and Supreme hoodies will create a timeless look that will never go out of style.