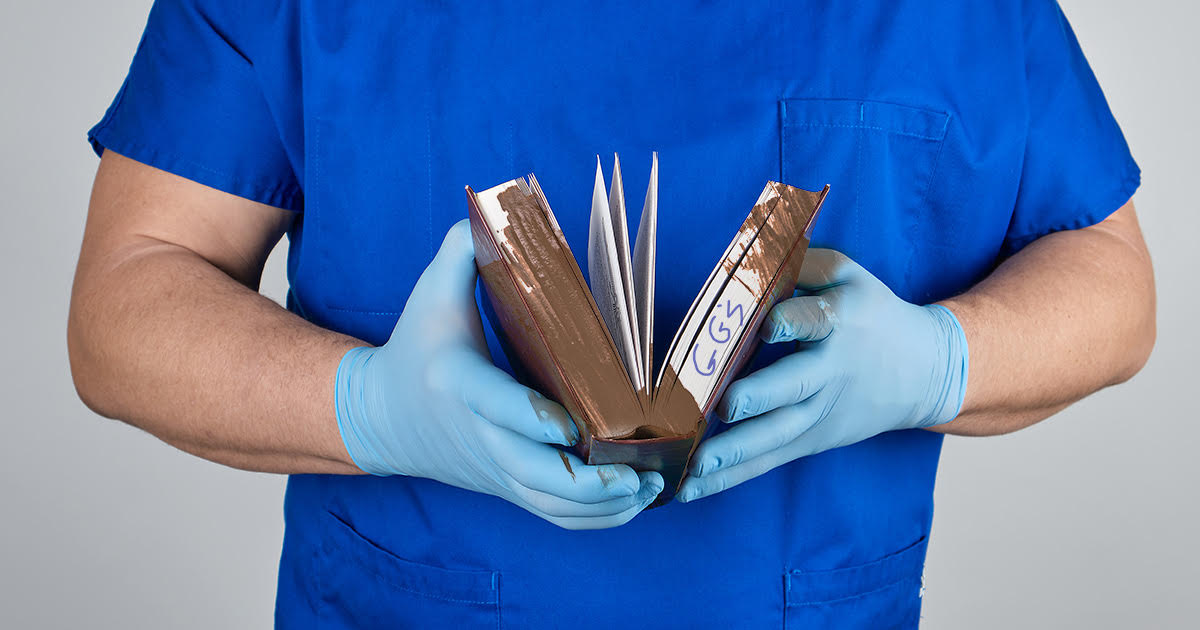 MANCHESTER, N.H — Recently discovered journals belonging to the late GG Allin revealed surprising new details about the singer’s creative process, as well as the fact that he smeared shit on everything he owned, disgusted yet intrigued sources confirmed.

“A work crew was demoing a house the Cedar Street Sluts rented for a time, and one of the workers found a box filled with dry throw-up under some shit-covered blankets near the furnace,” said Juha Kivela, a local record store clerk who took custody of the journals. “When I heard about the discovery, I ran to the job site and grabbed the box before we lost a piece of punk history. I scraped some shit off the box, opened it up, and found a few shit-smeared trinkets and these notebooks — which were also smeared with shit.”

Research analysts are attempting to decipher what was written in the journals and study the organic matter smeared all over them.

“We can make out bits of what could be poetry, or more likely song lyrics,” said forensic biologist Aryn Carr. “Although we will never know, because every page is almost totally covered in shit. I’m talking completely caked here — like full BMs between pages.”

“We’ve also found a whole host of undescribed species that have been feeding off the excrement for years,” she noted. “They are mostly harmless bacteria, but we have also isolated a new strain of the Hep virus… which we had no choice but to name Hepatitis GG.”

Fans of the shock-rock pioneer, who died in June of 1993, are pleased to have another piece of Allin to add to his legacy.

“It’s a really big deal that he kept his journals and treated them exactly like he would a fan or a bandmate,” said Dan “Tapeworm” Poole, a longtime member of the GG Allin fan club The Murder Junkies Junkies. “Some of his detractors have said his stage presence was all an act, and that when he was at home he was perfectly normal. I think these journals prove he was a complete psycho in desperate need of help.”

Meanwhile, nearby residents are currently quarantined after a mattress covered in urine, blood, and semen that allegedly belonged to Allin slipped out of it’s protective casing and released a cloud of toxic dust into the community.