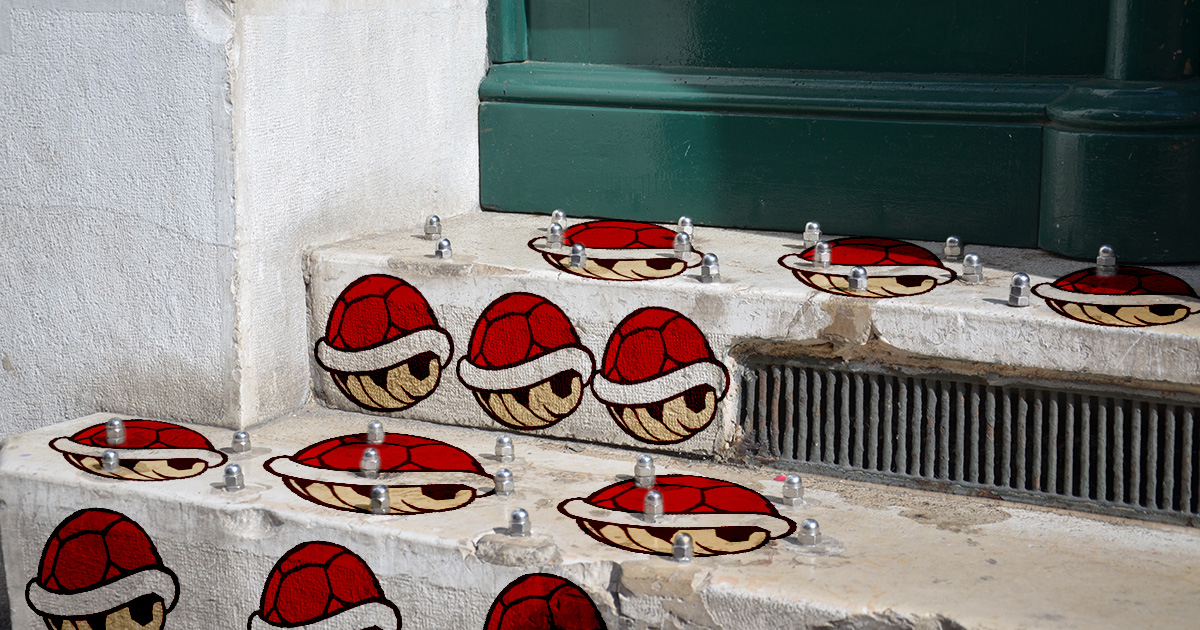 PHOENIX — City officials unveiled today a new series of homelessness deterrent spikes, created to discourage people from sleeping in doorways and bus stops around the gentrified community of Roosevelt Row, all designed and installed by local artists.

“It’s a win-win for everyone,” said community organizer Wayne Moorehead. “Displaced artists get jobs, property values go up, and our homeless population will get to experience art in the most intimate way imaginable: by the installations stabbing their kidneys while they try to sleep.”

“Paul Quincy does these amazing abstract, stained glass-looking murals all around town,” local art critic Hannah Kuhl said. “So they had him install a bed of actual stained glass shards into the concrete near some of the new shops on Fourth Street. Look at how the light reflects off the blood on those sharp tips — simply breathtaking.”

“I just left the spikes as is and painted the Koopa around them,” said Kazmierczak. “It was originally going to be a green shell, but making it red means I won’t have to touch it up for awhile.”

Some critics worry that encrusting homeless spikes with precious gems or wrapping them in scream-activated LED lights would dull their effectiveness as deterrents, but project manager Greg Cizmar insists the spikes are as sharp as they are Instagram-ready.

“User experience is very important to us,” said Cizmar. “We wanted ensure these spikes aren’t just aesthetically pleasing — they have to hurt like an absolute mother, too. We’re lucky we have such a large pool of artists priced out of the city to draw from that have firsthand experience of being slowly and mercilessly gouged.”

And while primarily visual artists have built the first wave of homeless spike installations, creatives from other disciplines will have a chance to work on future spike sites.