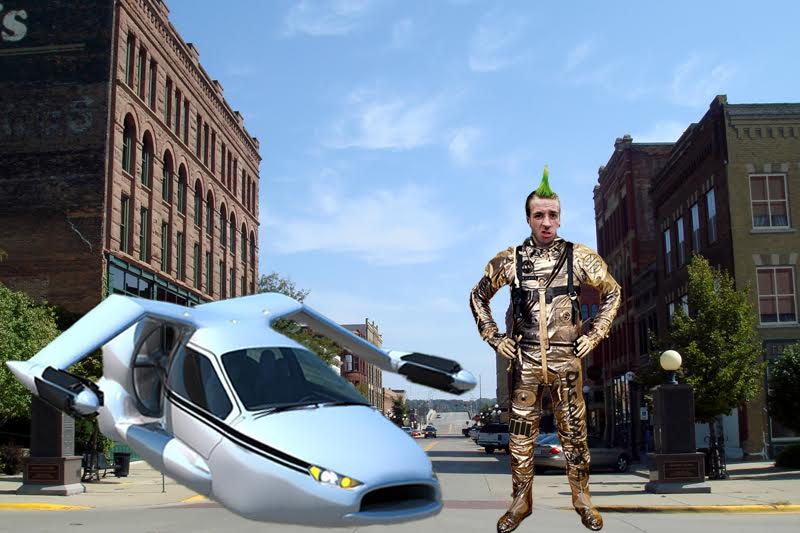 “It would be social suicide to be seen in that piece of garbage. They still have last year’s 2122 model; it is 2123, quit living in the past and upgrade already,” Taylor said as he engaged the pod’s invisibility cloak. “This is a really bad neighborhood, but I would rather risk leaving it in sleep mode here than have Stacy Goslin see me hover up in this piece of rubbish.”

The vehicle in question is the 2122 Tectonia XL750 which, until two months ago, was considered a miracle in modern transportation. The vehicle boasts a three-dimensional entertainment interface that intuits what the passenger would like to watch, listen to, or play, all while driving itself to the predetermined coordinates.

Unfortunately for Taylor, the 2123 Tectonia XL850 was recently released to the public and is the only self navigating pod to feature instant teleportation within a 10-mile radius.

“It takes forever to get from place to place,” Taylor said, taking a drag off of a smokeless nicotine module. “I could have been here, like, 15 minutes ago if that piece of shit didn’t have to come to a complete stop at each intersection.”

Related: Opinion: Son Move Back Home, You Proved Your Point

Despite receiving the government stipend to upgrade to the XL850, Taylor’s parents do not see the need to trade in last quarter’s navigation pod.

“I just don’t know if I trust teleportation technology yet,” Al Taylor, the father of Donnie Taylor, said. “I will wait another three weeks for the next model before I make my decision to upgrade, if Donnie doesn’t like that, he can just take the trackless hyper trolley he used to love so much.”

As of press time, Donnie Taylor was seen at the show with his group of friends avoiding all interaction with the opposite sex.

“Listen, I didn’t come here to just talk to girls,” Taylor said. “I am just glad I finally got to see NOFX.”