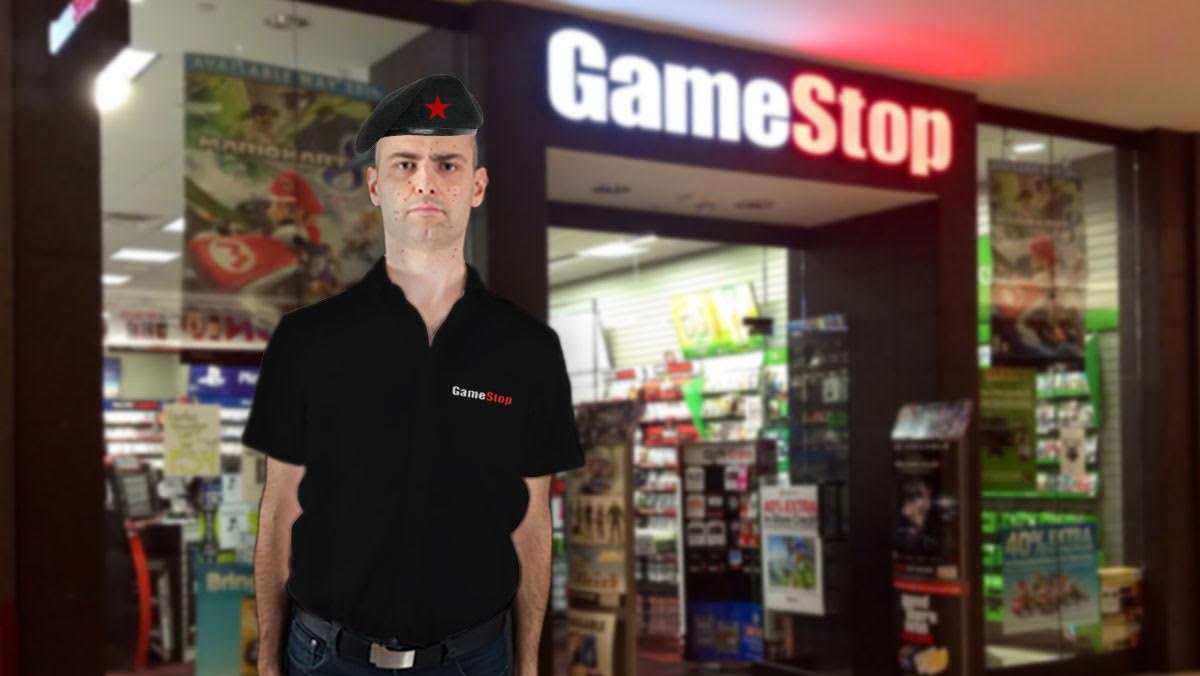 BETHLEHEM, Penn. — Twenty-hour-per-week GameStop employee Max Landry recently revealed his true calling as a “full-time Marxist,” insisting that he was, in fact, pursuing Marxism for the other 148 hours of the week, according to witnesses.

“I’m just doing this soul-sucking corporate job thing to make a little cash,” the 25-year-old revolutionary said. “This way, I can funnel it into some real revolutionary acts… right after I save enough to eBay a new Nintendo Switch. Fucking free market capitalist pigs.”

While he admits to enjoying his time at GameStop, Landry laments the power structure that keeps himself and his fellow employees down.

“The workers should own the means of production,” said the adult who was dropped off at the mall by his parents. “We should be making the games.”

“Online gaming is actually closing the gap between the classes. Just the other day in Call of Duty, I got to speak truth to power to an actual prince,” Landry said, referencing an argument with a gamer by the handle of PrinceOfPersia98. “I told him, ‘You like that headshot?! When the revolution comes, I’ll be doing that for real.’ Lame-ass reported me and now I can’t use my headset. This would have never happened in communist Russia.”

Despite criticism of the threatening emails Landry sent to female developers during the Gamergate scandal, the part-time salesman and full time self-described “freedom fighter” insists he is supportive of all disenfranchised groups.

“All people of the proletariat should be included — not just the bourgeoisie elite,” Landry said after dismissing a female customer who asked a question he couldn’t answer. “I hate casual gamers. Fucking plebes.”

Despite his intentions, Landry was unable to list any action he’s taken to instill Marxist values in society at large, or even within gaming culture.

“I’d totally go to a rally or something,” Landry said, unpacking a box of used games his manager purchased from a customer at pennies on the dollar. “But I’ve been real busy catching up on some retro games that just got traded in. Have you ever played Donald Trump’s Real Estate Tycoon? Great game, great guy.”