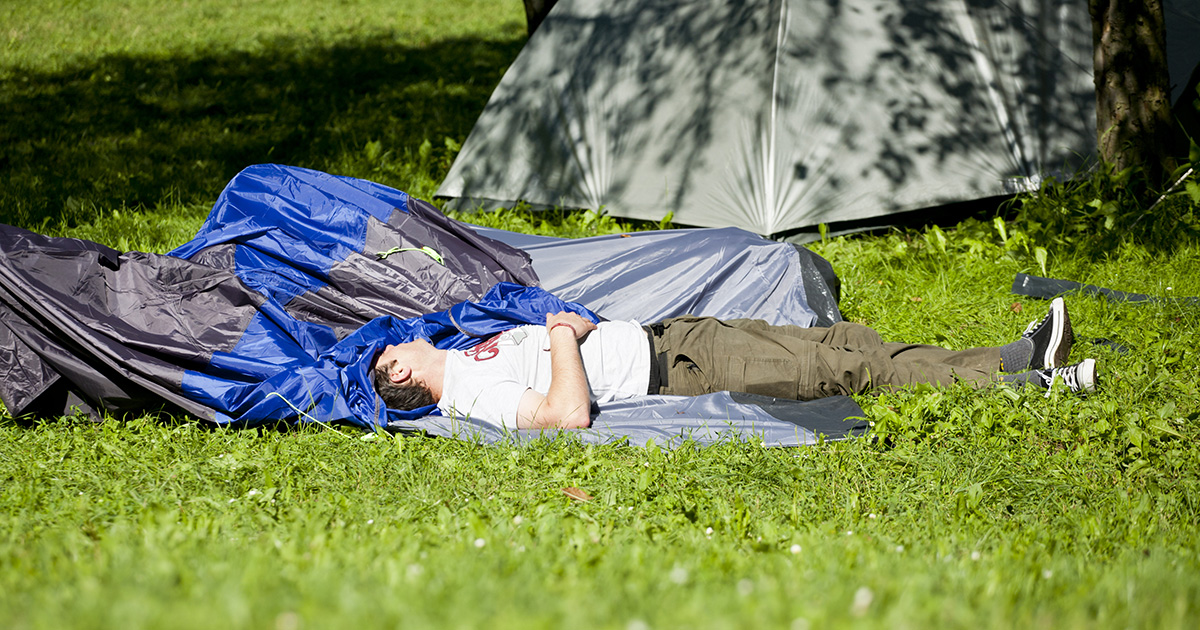 “Look, just because I’m broke, that doesn’t mean I don’t want to get the whole fest experience, man. I want to get dizzy until I puke and get totally tripped out,” said Pauling, trying to steady himself on a security railing during ska-electronica band Fritz Willow’s set. “And that punishing sunshine is 100% free! I don’t understand why more people don’t do this,” the severely dehydrated attendee slurred before drifting out of consciousness as the local air temperature soared to 102 degrees and his core bodily systems started to fail.

Fellow Orbital Wire Desert attendee Ben Korrigan, a close friend of Pawling, first noticed something was off weeks ago.

“When I was preparing for the fest I wanted to get some funds together to score some of the normal drugs, but Cody didn’t chip in and said he was ‘going for a natural high,’ for this year’s Orbital Wire, so I thought that maybe meant he was just sticking to weed,” Korrigan shouted over ambulance sirens. “But then we got here and he refused to drink any water or take off his three fleece hoodies or the aluminum foil thing he wrapped around his head. When he started slumping weirdly and turning bright red during The Squid Plasticities’ encore, I figured it out — he’s literally giving himself heatstroke instead of just paying me.”

Dr. Lenox Trafiglio says attempting to reach a hallucinatory state via intentional heat illness is extremely dangerous and is also unlikely to produce the desired effects.

“We understand that in tough economic times Americans often want to save money in their desperate attempts to reach an altered state of consciousness, but this is the worst idea I’ve heard since the ‘drinking hand sanitizer to get drunk’ trend,” she remarked. “And those were high schoolers, not a grown man who purchased a $279 premium festival ticket and presumably has access to fairly high-quality psychedelic substances.”

“You didn’t hear it from me, but honestly, just stay hydrated and pop a [moderate serving of psychoactive psilocybin mushrooms],” Dr. Trafiglio quietly added.

At press time, Pauling, whose health insurance lapsed when he was laid off last month, was being rushed in an ambulance to the nearest hospital for life-saving care expected to cost approximately $30,000.