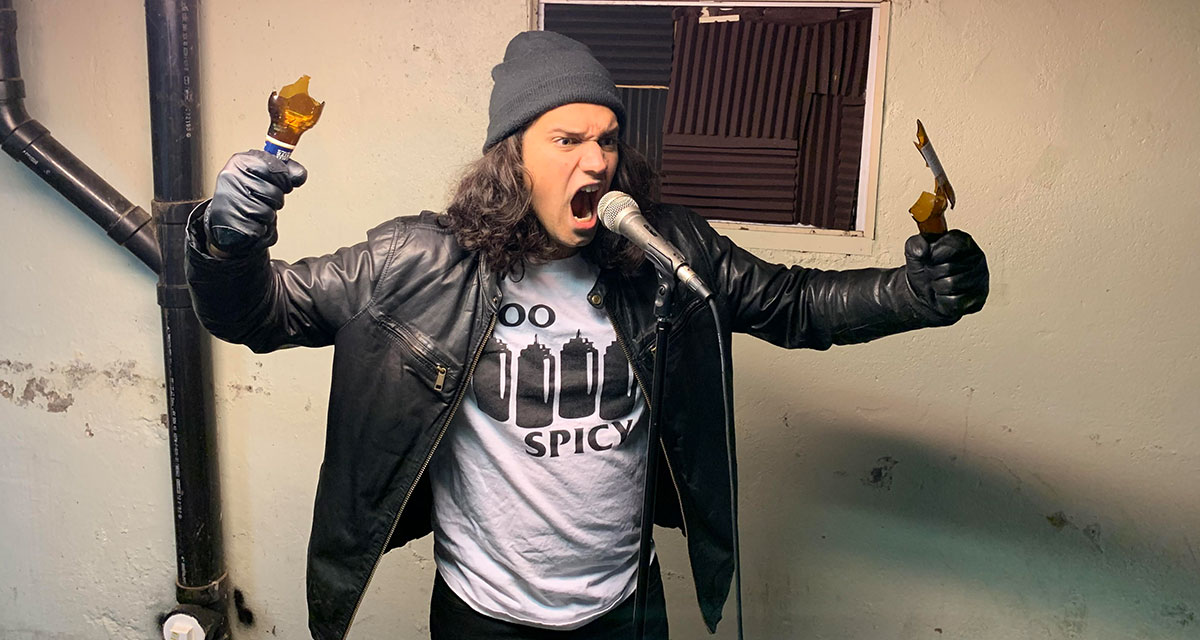 DAVIS, Calif. — Heavy metal band Despised Torture performed a destructive and dangerous set yesterday at The Velvet Cow, leaving the venue in disarray despite being politely asked by management to do the exact opposite.

“Yeah… this place is completely trashed. I’m talking complete tear-down with all the damage. The band’s frontman Diz [Fonto] was basically a one-man wrecking crew,” said showgoer Dan Lachman. “I know Diz personally — I was with him when he saw that dork from Bring Me the Horizon hang from the rafters the first time, and he’s never been the same since. It’s one thing to do it in a large venue with a thriving crowd, but there were eight of us there… including the rest of the band. Frankly, there were more people at Diz’s intervention last week.”

Unsurprisingly, Fonto had a different point of view.

“Hey, sometimes things get a little bit messy. That’s just rock‘n’roll. I didn’t become a musician to follow the fucking rules. Yes, the fascists that run this place begged me not to throw glass bottles at the wall, stomp on the stage monitor, and to not to hang from the pipes above the stage, but I was in the moment,” said Fonto. “And no, I don’t feel bad about what happened. It’s their own fault for running the main water line across the ceiling above the stage, and it’s their fault for not having flood insurance.”

Venue management wasn’t sure how to proceed following the disastrous set.

“We are fucked. So fucking fucked,” said venue owner Robby Robertson. “Would you look at my floorboards? They’ve been through the wars. The pipes on the ceiling? Hanging by threads. And did you know that after the pipe broke and he fell back to the stage, he claims he rolled his ankle? The little cunt had the audacity to say he was going to sue.”

“Fuck this,” he added. “I’m selling what’s left of the venue and moving to Florida.”

Later that evening, Fonto’s long-term girlfriend allegedly broke up with him after he left the venue with an unidentified young woman, in open defiance of his ex’s simple “don’t cheat on me anymore” rule.