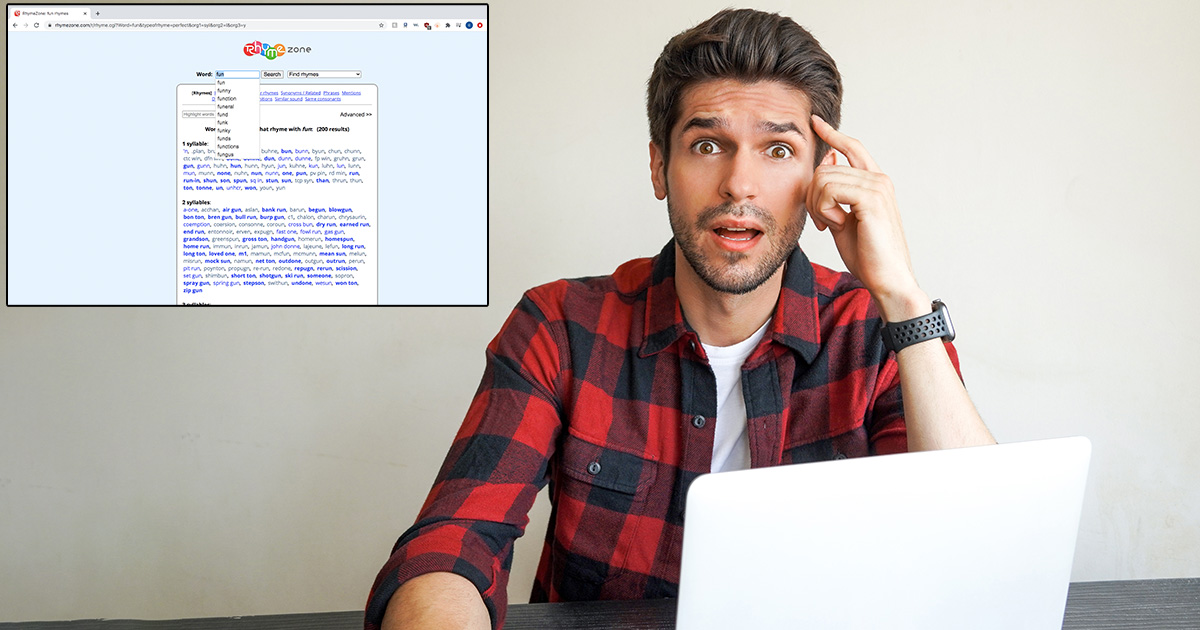 “I walked into the room, and he clicked like crazy and then just slammed the screen closed. It was so obvious — I knew what he was doing. I even caught that he was trying to find a rhyme for the word ‘Capitalism,’” said drummer Elijah Murray, struggling not to laugh. “I mean, we all do it; he has nothing to be embarrassed about. That isn’t to say I’m not going to raz him about it — he got super uncomfortable when I asked him where he came up with the term ‘Capitol Prison.’ But for sure, I’m going to clear my throat or something before walking in the room from now on.”

Herrera refuses to admit that he was attempting to use the internet to find a rhyme for his lyrics.

“I don’t use a rhyming dictionary or any other aid to write my songs,” Herrera said, closing his lyrics journal. “I was just, you know… checking to see if someone used that line already. I don’t want to be accused of stealing. I don’t need those sites to help me be creative.”

“I was actually trying to go to the MimeZone,” he added, “because it has hardcore pornograhy involving mimes, and that’s my fetish.”

Psychologist Penny Underwood, Ph.D. believes that as a culture, we have to start normalizing this behavior.

“We start experimenting with songwriting and poetry as soon as we enter puberty, and we need to teach our children that there’s nothing to be ashamed of,” Underwood said, showing that she herself has bookmarked Rhymezone and Thesaurus.com on her own computer. “To assume that our brains can just come up with the perfect word or turn of phrase in the spur of the moment is unhealthy and dangerous. Exploration of the English language should be encouraged at a young age.”

Herrera has since started hanging a bandana on the doorknob if he was in his bedroom being creative.