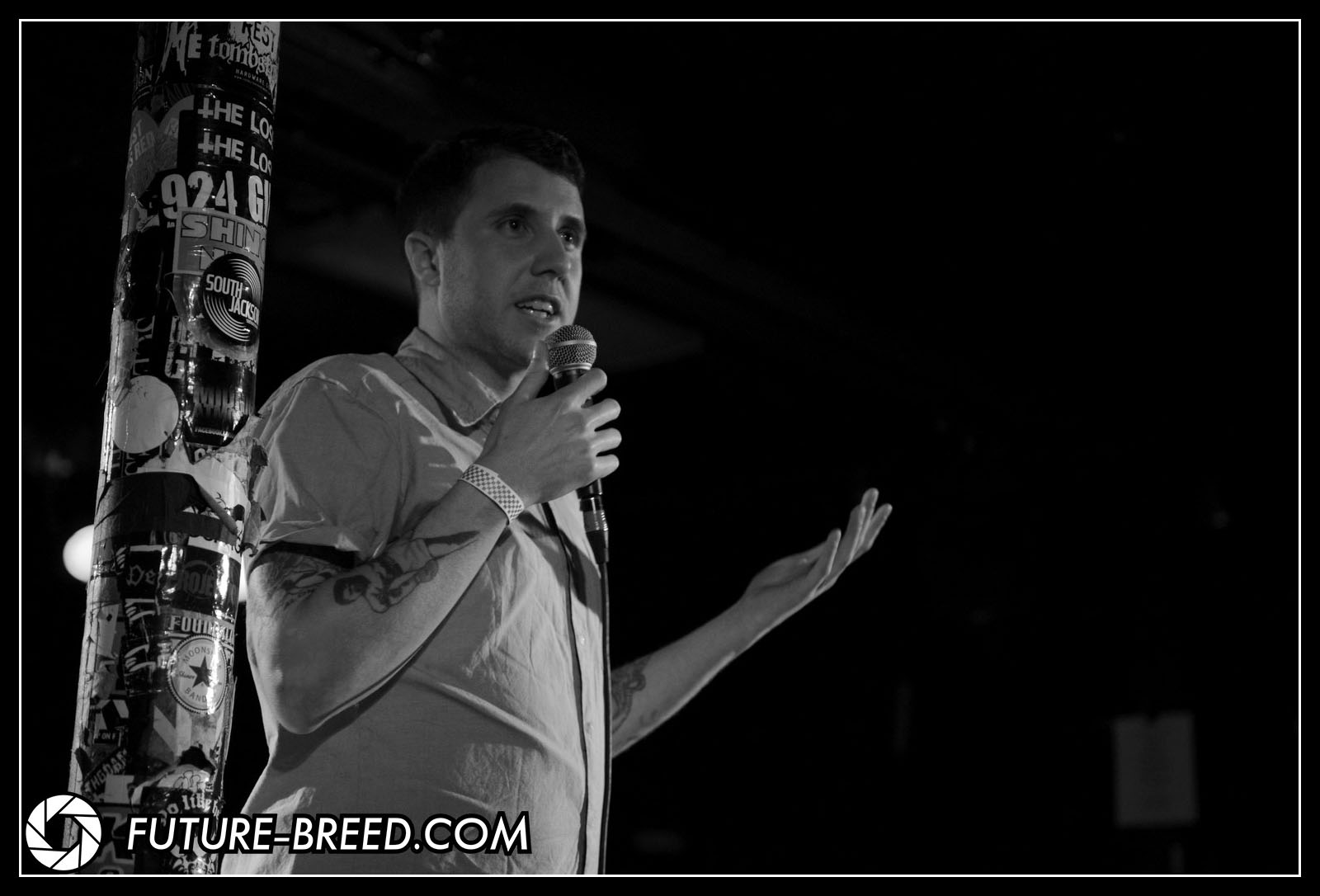 “Evan has always loved comedy. He keeps me up at night watching Netflix specials and repeating every joke right after the comedian says it. He always talks about wanting to ‘get up’ at this open mic night at a sleazy Thai restaurant by our apartment but then chickens out at the last minute,” said Veronica Felts, Winter’s longterm girlfriend from backstage at The Satellite. “I figured this show would be enough to get it out of his system, but I’m worried he thinks his material is doing well. This crowd is being very generous.”

Typically between-song banter is reserved for topics such as brotherhood, being outcasts, and ignorant anti-cop unity speeches that result in physical violence, but Winter used the time to talk about online dating, defecating in the shower, and smartphones.

“So what is the deal with smartphones anyway?” said a visibly shaking Winter through a wavering voice. “I feel like they actually make you dumber, maybe we should call them ‘dumb phones,’ am I right?”

Winter’s band quickly launched into songs after each failed attempt at something that resembled a punch line, often causing Winter to turn around and chastise the group for its impatience.

“Evan sort of started off slow, he was a bit nervous and clearly reading notes that he had written on his hands. Some of the premises seemed like they might be good, but his bit about how white people look when they mosh was a bit hacky,” said showgoer and amateur comedy critic Julie Wales.

Despite not having the best showing Winter remains optimistic about the future.

“Listen, that crowd just didn’t get me. Maybe I just got a bit too real for them and they couldn’t handle it. That sort of stuff happens all the time in comedy,” said Winter while changing his Facebook work history to include “Comedian at comedy.”