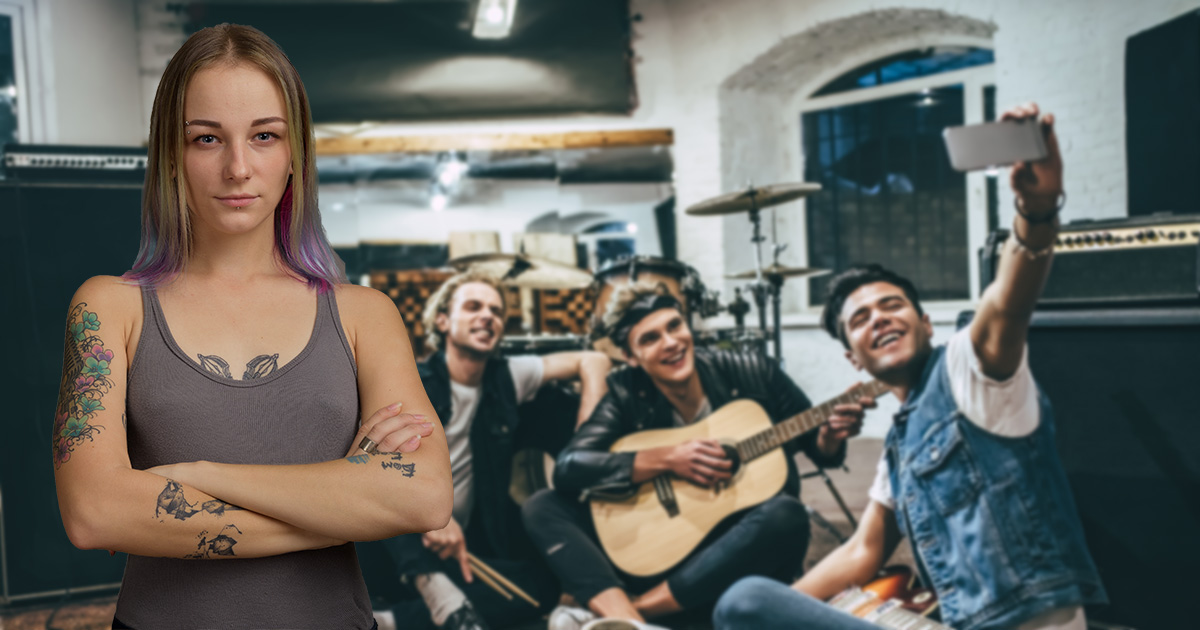 PHILADELPHIA — Your friend Bella Dubois is reportedly now back with her old band The New Babies, leaving you feeling like an idiot for all the shit talk you threw the band’s way.

“It’s nuts that Bella is back together with those losers,” you said while alone in your room, wondering if you should text her to check in. “I was so relieved when The New Babies split over ‘creative differences’ — which, let’s be real, means they’re bad for each other. Bella could do so much better: their drummer is this Crossfit dude with greasy hair who can’t keep time, their bassist breaks strings at like, every show, all their lyrics are somehow about beaches… she was better off without them.”

“We stayed up until 3 a.m. last week just making fun of their tattoos alone. It’s so dumb,” you added. “Plus, she had some really interesting solo electronic stuff in the works we’ll never see now.”

Sources say Dubois, a 25-year-old guitarist and museum guide, agreed to get back together with the band following eight weeks of soul searching.

“I think it’s a good career move to give it another try,” said Dubois, unwilling to recognize the hypocrisy in returning to a band for which she had laid out at least 10 compelling arguments against existing. “They aren’t perfect, but we actually had a tiny fan base who will be very happy to see us back together. And Tina, our vocalist, is well-connected in the Philly scene and that’s really helpful, you know? Plus, our logo is super cute.”

However, others are less surprised by the band reconnecting.

“That entire band is just so toxic: they go through this cycle every year and sure enough, as soon as winter hits, the band magically gets back together and Bella pretends it’s good for her. She’s a poor judge of character and has no conviction,” said longtime acquaintance and fellow Philly punk Rodney “Knuckles” Duff. “I just hope I don’t get another call to help her move all the gear out of the band’s practice space. I’ve done that enough, thank you very much.”

At press time, you were trying to think of a good excuse to avoid having to go the the band’s latest reunion show.