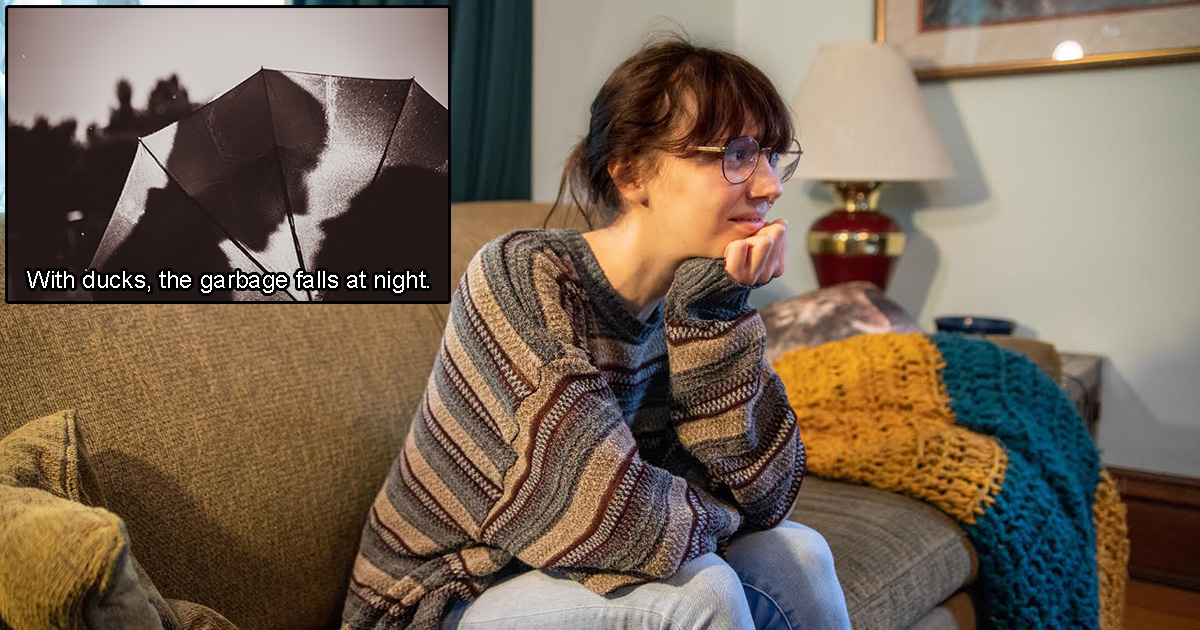 “Sometimes the images on screen can speak for themselves, and you can kind of understand what’s going on. But after switching on subtitles for this pretentious garbage heap, I realized just how far off from the plot I was — I kept wondering if someone dosed my popcorn with LSD, but I was way too bored for that to be the case,” said viewer Erika Henning. “Before subtitles, I thought it was a mid-1960s rom-com about feeding ducks in the park… but they kept making references to some great robot war of 2032. Where the hell was that on the screen?”

“La Joie des Moineaux” director Wilfried Barrault did not understand how viewers were confused by the film’s intent.

“The meaning behind this film could not have been more obvious,” said Barrault, smoking one of those long cigarettes all French stereotypes enjoy. “We clearly foreshadowed the protagonist’s death at the hands of his lover with that 10-minute, extreme closeup of the petulant boy’s belt buckle. How they missed the anti-teleological meta textualism and revisionism presented by Aline’s decision to forgo her insulin is beyond me. It’s like the concept of post-hegelian appendectomy means nothing to these folks.”

However, the film’s localization team admitted that there were some troubles translating common French idioms.

“On second thought, maybe it was a mistake literally translating the phrase, ‘Stuck like a flatulent dog on the snail farm’ into English,” said localizer Fred Eagle. “Unfortunately, we ran into several similar issues — for instance, there’s no real English equivalent for the feeling you get when your mother discovers your liquorice fetish while taking a stroll down the Champs-Elysees.”

At press time, Henning was undergoing an existential crisis after watching a German film that literally made too much sense.