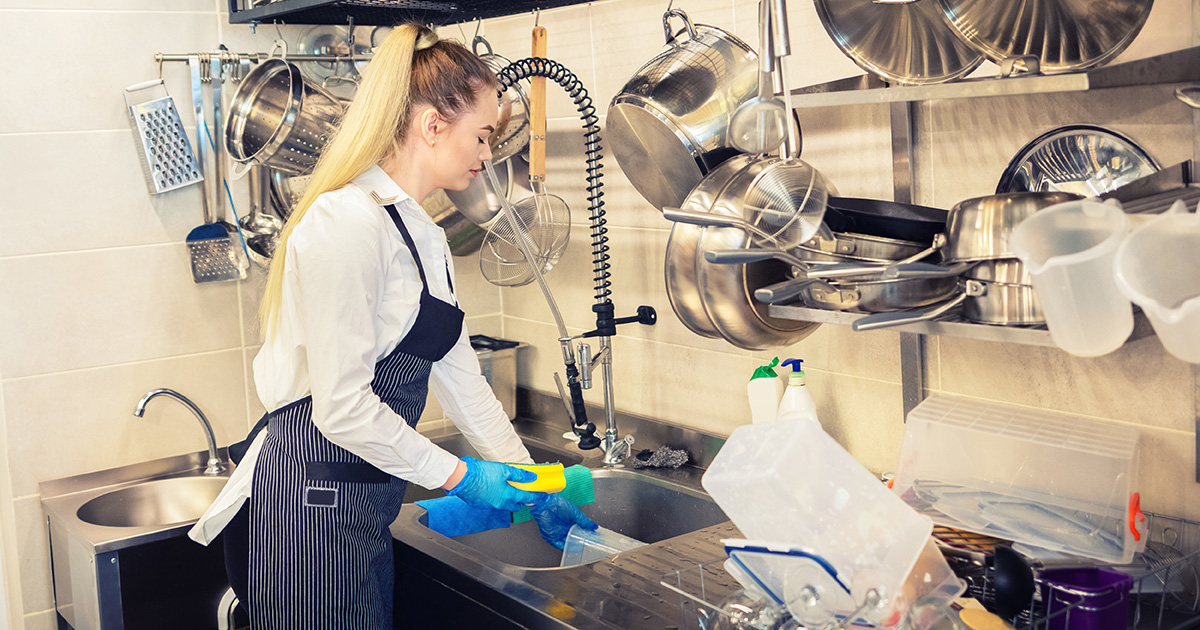 BOSTON — Local freelance writer Brittany Gates credits her financial success as a freelance writer to the full-time day job that she doesn’t tell anybody about, close friends and general managers confirmed.

“Really, the secret to my apparent success is just lying through my teeth whenever I get the chance,” Gates said, as she hosed tray after tray at a cafe that she asked us not to disclose. “I get paid by the job with the writing stuff for sure, but if I want to eat or pay my bills I have to get creative. Scrubbing dishes is a sweet gig because when the trays come back there are french fries, or a completely uneaten half of a grilled cheese that sometimes has pesto or even bacon on it. One time somebody made a curbside order for ribs, and they didn’t even pick it up!”

Tom Perez, Gate’s general manager, has nothing but good things to say about her work ethic and positive attitude.

“The girl’s a machine,” said Peterson. “I once saw her write marketing content for a Finland-based travel agency on her phone while simultaneously polishing all of the stainless steel and changing the mop water for the next shift. The kid doesn’t quit. She really wants people to know that she didn’t waste four years of her life and $80,000 to write copy about hyaluronic acid for 10 cents a word on her way to and from bathroom breaks.”

“Some might see this whole exchange as an admirable combination of drudgery and moonlighting, but it’s really so much more than that — the industry of higher education has created a very bitter and verbose individual who will pick up underpaying jobs because they’re tits deep in debt, and in doing so, will likely never finish that novel they’ve been working on for six years,” Mock stated. “I wouldn’t co-sign her car loan, that’s for sure. All you can do is root for the kid, hope that she keeps washing dishes, and doesn’t end up stacking boxes at Amazon.”

At press time, Gates was seen FaceTiming with a potential client while choking back tears as she looked at her own sink full of dirty dishes.