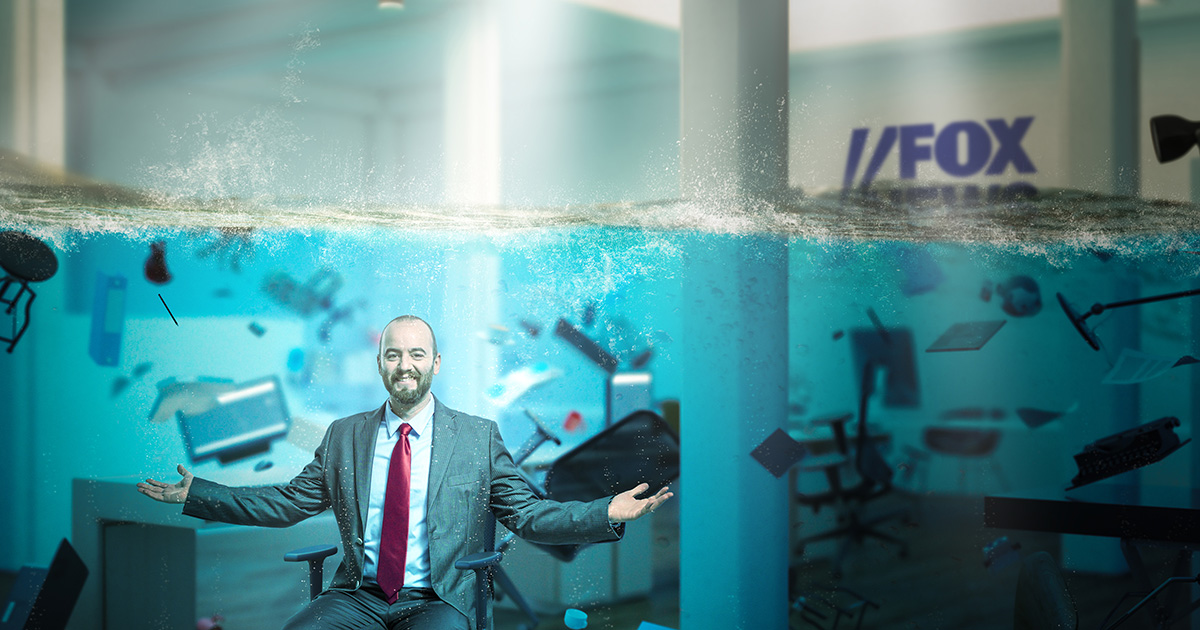 NEW YORK — Fox News floated a self-proclaimed climate change expert into their flooded Manhattan newsroom Friday to assert that the latest inclement weather could not be tied to global warming.

“The liberal media is getting people all riled up about climate change, but there are scientists out there who will tell you we can’t prove one hundred percent that the bad weather we’re having is caused by global warming,” said Herman Walters, a professor at Oral Roberts University and climate change skeptic, as he rested atop an innertube shaped like the face of Ronald Reagan several feet above the ground in the flooded Fox News studio. “We all know the UN is biased and dead-set on attacking the oil and gas industries, but if they want to know who’s really to blame, they need to take a good, hard look at themselves, which has never been easier to do now that most of Manhattan is a wet, reflective surface.”

Tucker Carlson, head anchor of Fox’s most-watched program and certified SCUBA instructor after his week on the flooded set, seemed to agree with his guest’s argument.

“These Antifa socialists want everyday Americans like you and me to feel guilty for eating red meat, reading the Bible and making love to the American Flag like our founding fathers, but we won’t do it,” Carlson garbled from behind a snorkeling mask, his arms buoyed by a pair of red Make America Great Again floaties. “They’re too afraid to tell you that the real culprit is the lazy illegals who come here, taking our jobs and spreading the coronavirus, which is also a hoax. Shouldn’t they be used to tropical weather, anyway? If they don’t like American hurricanes, they can deal with the climate catastrophes in their home countries.”

Hugo Welch, a BP oil executive and Mr. Carlson’s second guest, confirmed that concerns about climate change have been overblown.

“I’m not even sure what the Democrats are really upset about,” Welch said, appearing via livestream on a half-submerged screen in the Tucker Carlson Tonight studio. “So the subway had a tad of water in it. Well, I’m awfully sorry, but if you don’t want to ride the subway while waist-deep in floodwater that may be contaminated with human excrement, just hop on your chartered jet! I mean, you’d think people would have the good sense to at least phone a helicopter service before they go blaming the good executives who are putting in countless hours trying to keep their board members happy.”

At press time, Carlson announced that he’d be hosting his next episode, an expose on how abortions cause wildfires, live from Lake Tahoe.