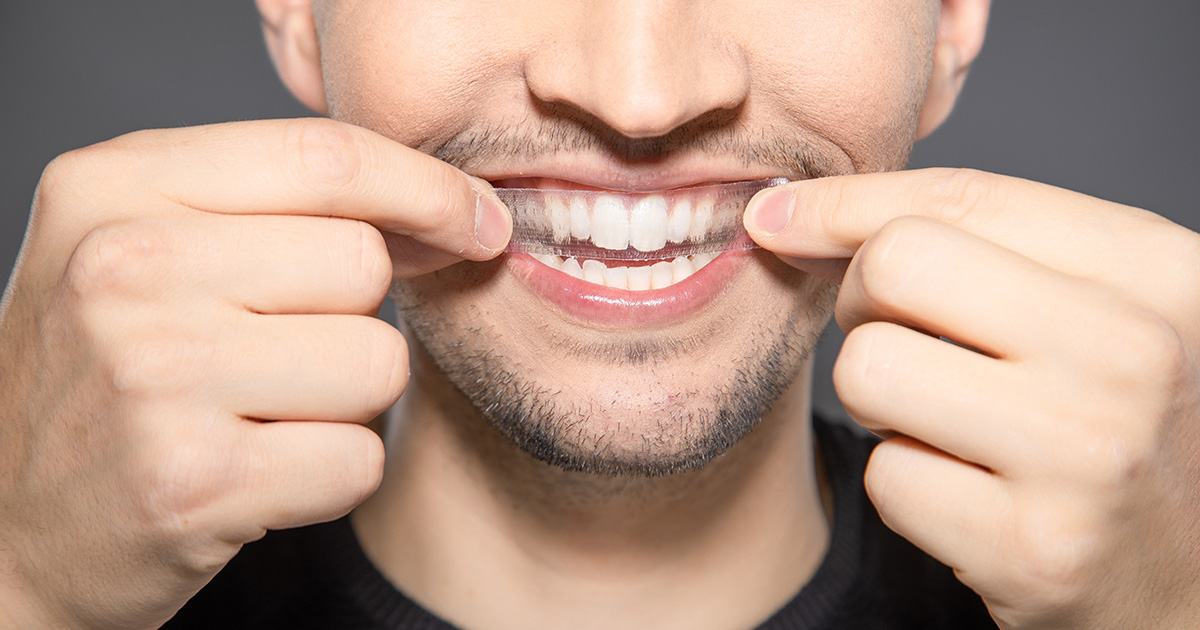 MANCHESTER, N.H. — A small portion of a box of Crest White Strips is being tasked with undoing the damage that comes with eight years of not flossing, according to frustrated sources.

“My teeth have been looking a little dingy lately, and now that I’m ready to hop back out and get social I need my teeth to look like I haven’t just been eating Nutella and red wine since March of last year,” stated 38-year-old insured man who hasn’t been to a dentist since 2013, Ryan Klein. “These strips I found at my mom’s house are the 3D kind, and it says ‘professional white’ on the box, so you know this shit is legit. It’s basically like getting your teeth cleaned without the hassle of fucking with the parts no one can even see.”

One of the White Strips set to be used says they are up to the Herculean task, but still has reservations.

“Every so often some complete fuck up will manage to save $40 and bring a box of us home, expecting us to work some kind magic despite giving up on the treatment after just a few sessions,” said a White Strip cut for the bottom row of teeth. “I can’t go into someone’s mouth thinking I’m gonna do God’s work. I’m only designed to lay flat on the surface of the teeth, so those yellow stains from leftover food particles and built-on plaque in between the teeth is not my problem, it’s in our contract. Thank goodness for unions.”

“It’s bad enough when people lie about flossing even though we can clearly tell they only flossed the night and morning before their appointment. I can normally tell right away when someone is lying, because as soon as I shine my light into their mouth their gums start bleeding,” said dental hygienist Lucinda Burley. “But coming in for a checkup with the seven of your top teeth looking slightly less yellow than the rest of your disgusting mouth is just insulting. Why do we even do this work?”

At press time, millions of people were seen applying a single layer of sunblock to their faces to make up for a lifetime of ignoring advice to at least wear a hat when outside between 10 a.m. and 2 p.m.