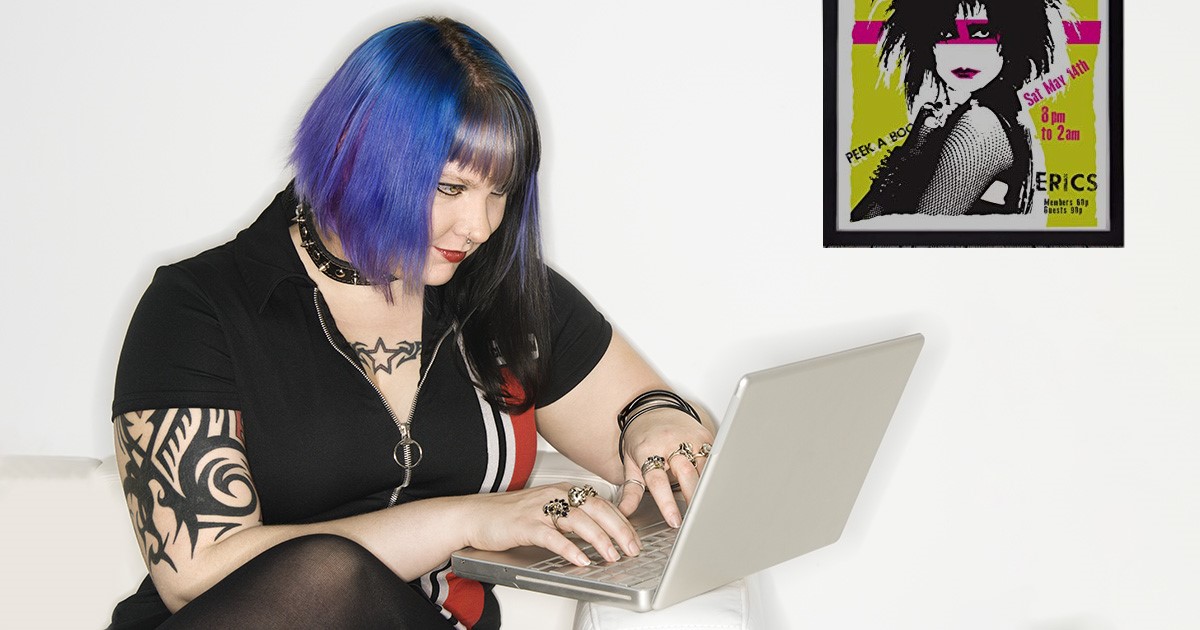 “I will always look back fondly on my days as a mall goth, but sometimes I can’t justify taking the bus for 40 minutes just to look melancholic on a bench near the food court,” said Amy “Sparrow” O’Malley. “Now I simply order my fishnet gloves online… which allows me enough free time to post sad memes on Instagram. I do feel a little like a poser, though, because I left the mall at the same time as all the stores. How mainstream.”

“At this point, the Sisters of Mercy are probably never going to tour again, so there really isn’t any point in going outside,” said Watkins from her darkened apartment she shares with three black cats. “I mean, being an Amazon Prime Goth is much more practical — you can’t be a loner if you hang out with other people everyday. Having my demon-colored contacts delivered directly to my front door makes much more sense, anyway.”

David Garcia, regional manager of the Pheasant Lane Mall Hot Topic since the Cure released their first record, has been mourning the loss of his mall’s former goth community.

“I don’t know how I’m going to survive going forward — almost every day, there are less and less forlorn teenagers trying to steal nail polish from one of our displays,” said Garcia. “I used to get a bonus every Halloween because we had so many goths in here buying giant pants, spiked bracelets, and white face paint… but now it’s a ghost town. I heard Spencer’s Gifts is having a hard time, too, because adolescent boys are going online to buy their fart detectors and bikini model playing cards. I’m glad I’m not alone, but there’s not much future here.”

Noted creep Dwayne Carter also bemoaned the loss of mall goths, but only because he no longer had anyone to creepily hit on who would then punch him directly in the nuts.