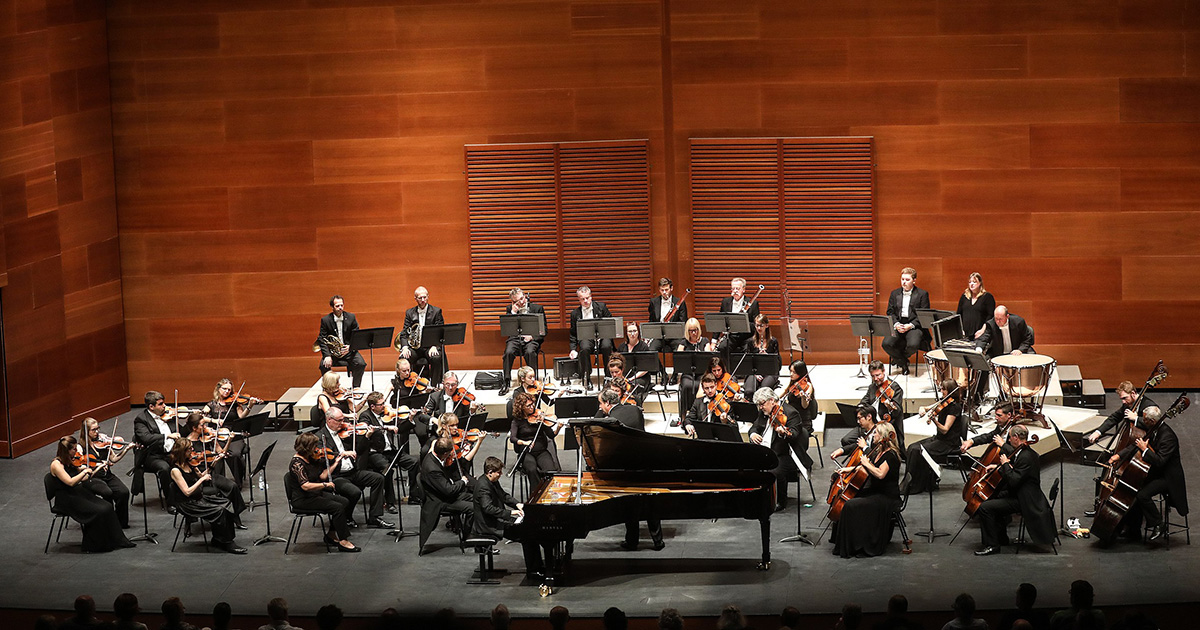 LONDON — Virtuoso violinist Hans Kriegsman came to the difficult realization that he plays in a glorified cover band while performing Bach’s “Jesu, Joy of Man’s Desiring” with the London Philharmonic Orchestra, his fellow musicians reported.

“It hit me during the final notes of ‘Jesu’ — I had nailed a perfect performance yet again, when I suddenly realized that I’ve never played a note of original music in my life,” lamented first chair Kriegsman, who left his Bavarian village at the age of six to pursue the violin. “I… I am no different from Van Playin’, a Van Halen cover band who play every Monday night at the bar near my apartment in Notting Hill. I’m just a drone, a hack, a human Bluetooth speaker for bygone eras. Please, leave me be…”

Kriegsman’s fellow chairs in the violin section of the London Phil attempted to offer any consolation possible.

“It’s tough to watch someone realize for the first time that their entire career is devoted to playing covers for rubes who only want to hear the hits,” admitted third chair Sakura Yashimoto, the eldest musician in the orchestra. “Sure, it would be great to play some deep cuts like Liszt’s ‘Prometheus.’ Hell, I’ve been working on original disco-meets-drone-metal tunes which will never see the light of day. These dummies just want the comfort of the songs they hear in movie trailers every other month, so we suck it up and play Beethoven’s 5th Symphony four times a year.”

Van Playin’ frontman David Hoxbury is not ashamed but rather proud of his unabashed joy of playing music written by others.

“Bruv, my cover band packs the bar every Monday night like clockwork. But when I played in an original post-punk band? Couldn’t get one arse in the door to watch us fiddle with delay pedals,” said Hoxbury, who makes extra money on the side doing Cameos as a David Lee Roth impersonator. “There’s no shame in it. Hell, I’m proud to share old music with new generations. The London Philharmonic should wear powdered wigs and shit, to really convey the vibe to the crowd. We’re all going to die soon anyways.”

Distressed family members report that Kriegsman has quit the orchestra, sold his Stradivarius violin for money to buy modular synths, and has begun releasing original hyperpop songs to Bandcamp.