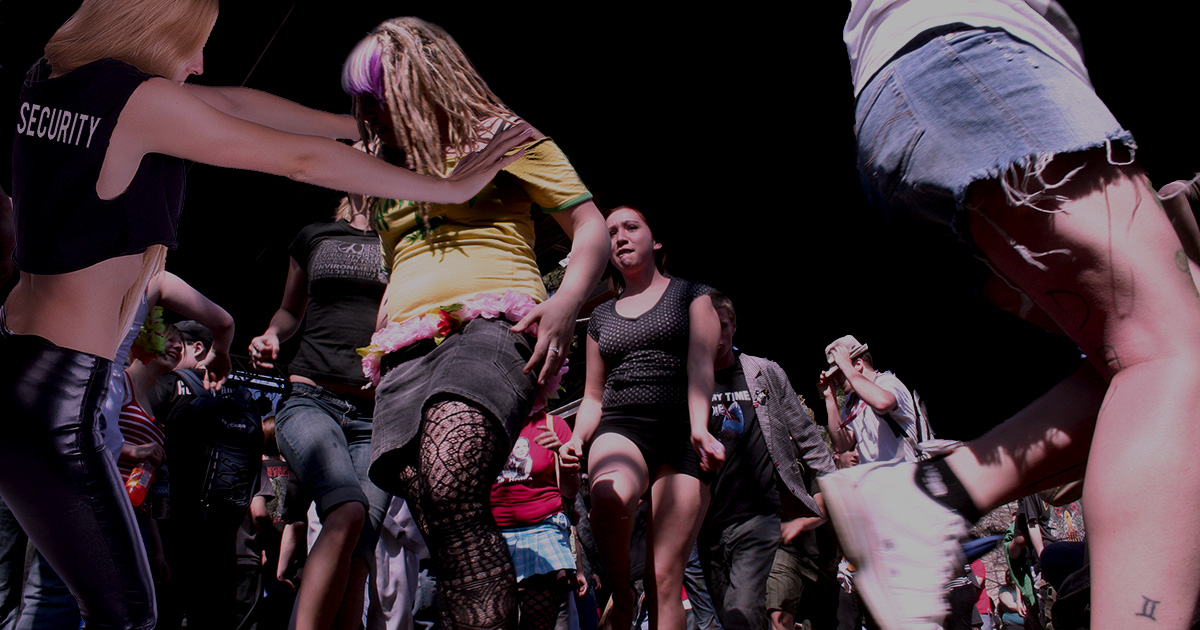 SACRAMENTO, Calif. — Local bouncer Courtney Armstrong asserted her progressive ideals at a hardcore show last night by preventing a woman from escaping a mosh pit and pushing her back in, witnesses report.

“These girls today don’t appreciate the struggles we had just getting near the pit back in the day,” explained Armstrong, who’s done security at local venues for the last 12 years. “We carved out that space for you, so you better hold that space. By stopping that girl from leaving the pit, I was arming her for battle against the boys’ club culture of moshing. Also, she seemed kinda out of shape — she was breathing pretty heavily. So, I helped her in more than one way. Regular cardio can add years to your life.”

23-year-old Latoya Gibson, who entered the mosh pit voluntarily, reportedly made several attempts to leave after her asthma flared up and she started “literally fucking choking.”

“My dumb ass left my inhaler in the car, so I was trying to run out and grab it,” said Gibson. “But this bitch kept forcing me back in and screaming at me to ‘lean in’ and shit. I almost died in that pit. Which I guess would be a pretty sweet way to go, but not for at least another 20 years.”

Jenni Park, a bartender who was working at the venue that night, said she can’t wait for Armstrong to “retire, or get hurt bad enough that she’s like, mostly okay, but just can’t work anymore.”

“I’m just so sick of these ‘scene elder’ types trying to tell us how to act, when they’re the ones who fucked up the scene and left it for my generation to deal with,” said Park. “Sure, [Armstrong] was headwalking when I was in diapers, but she also thinks of punk rock as ‘white culture.’ So I joked about her listening to Skrewdriver, and she accused me of gaslighting her, and now I’m the ‘toxic’ one at work.”

At press time, Armstrong was volunteering at her niece’s Girl Scouts meeting, teaching the young women to toughen up with 45 minutes of strenuous wall-of-death exercises.