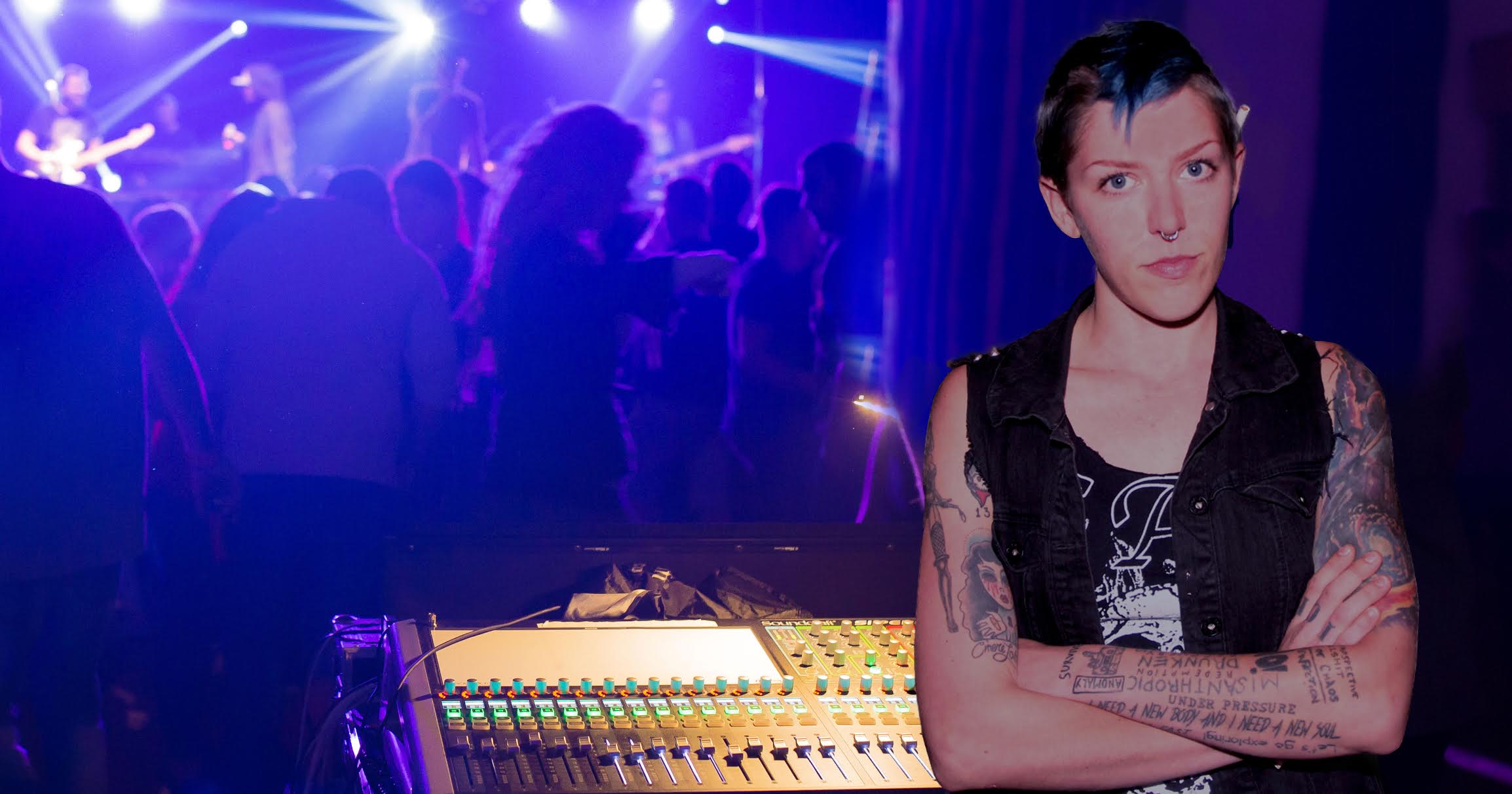 “I outright don’t understand her request,” said venue owner Luke Dobbs. “She said that being called a ‘Sound Guy’ was demeaning, but there’s literally no other way to refer to her position. I suggested ‘Girl Sound Guy,’ which would still make sense, but she hated it.”

Buzek, who believes the request is reasonable, was surprised by her employer’s hesitation.

“All I asked for was business cards that say something other than ‘Sound Guy,’” said Buzek, following the sound check for a pop-punk showcase Sunday night. “I’ll be honest, the conversation didn’t go well. Luke looked like he saw a ghost and meekly said, ‘…but you’re the sound guy.’ What do you do with that?”

“Luke kept reminding the guys that ‘there are no bad ideas in a brainstorm session,’ but… ‘Sonic Aural Bitch Tech’ was pretty rough,” recounted bartender Steven Millstein. “I thought ‘Mrs. Sound Guy’ had potential, though, so we’ll see.”

Women in the music industry admitted Buzek’s problem is not uncommon.

“I deal with the same exact thing all the time, and no matter what I suggest, nothing sticks,” said “Lady Merch Guy” Clarice Zonovich. “I’m always asked how many band members I’m dating. The worst, though, is when dudes ask me to show them where I sleep in the van. Just buy a shirt and leave me alone; I only take cash.”

Despite the issues, Buzek remains optimistic about her position.

“I love this job. I love live music. Things could be a lot worse,” said Buzek. “I could be up front like Carla, checking ID’s as a ‘female doorman,’ or stuck in a shitty van somewhere selling treats as a ‘female ice cream man.’”