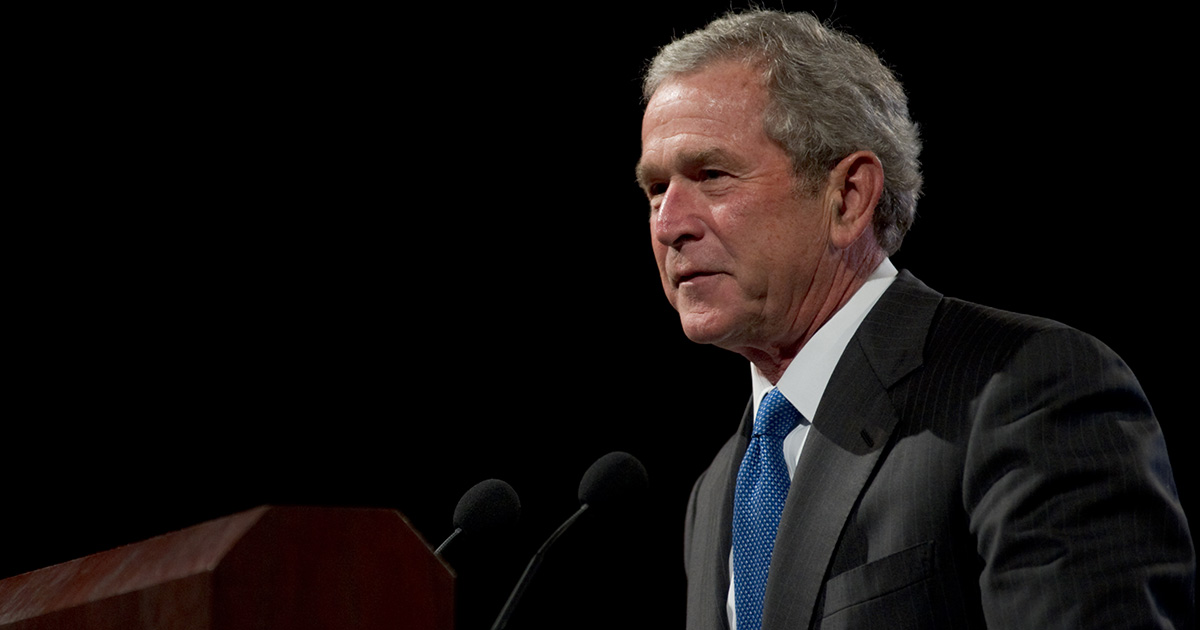 “I’ve known him for years and he’s always been nice. He never once declared war crimes on my family, so I have a hard time believing any of these credible accusations are true,” said former First Lady Michelle Obama. “What’s next? Today, we’re cancelling Bush for unjust wars; tomorrow, we’re cancelling my husband just for bombing a hospital? If things keep going this way, everyone will be too afraid to order drone strikes on civilians.”

“It’s heartbreaking that my favorite artist has been hiding the secret of starting the Iraq War this whole time. Some of the veterans he’s painted over the years are actually people he sent to fight a bullshit war for oil,” said Bathe. “His series of self portraits in a bathtub are what inspired me to become an artist, but after learning that he has gallons of blood on his hands, I’m never buying another painting of his again.”

While the famed Gentleman’s club Bohemian Grove, as well as secret Yale University fraternal order Skull and Bones, are distancing themselves from their connections to the famous painter, the former president assured his supporters he is learning and will try to do better.

“The allegations you heard are true, and I am deeply sorry. I’ll be honest, I thought Iraq did 9/11; it turns out they didn’t. There isn’t much I can do about it now, though,” said Bush from his gated Texas ranch. “I was raised in an environment where destroying countries was considered okay. My daddy taught me a lot of valuable lessons: make sure you make eye contact when talking to people, have a firm handshake, and overthrow governments that pose any risk to American interests. I promise to never start any more never-ending wars from here on out. Now, watch me sink this putt.”

The accusations are simply the latest to roil the international arts community, following disturbing allegations about deceased painter John Wayne Gacy that cast a pall over his creative legacy.