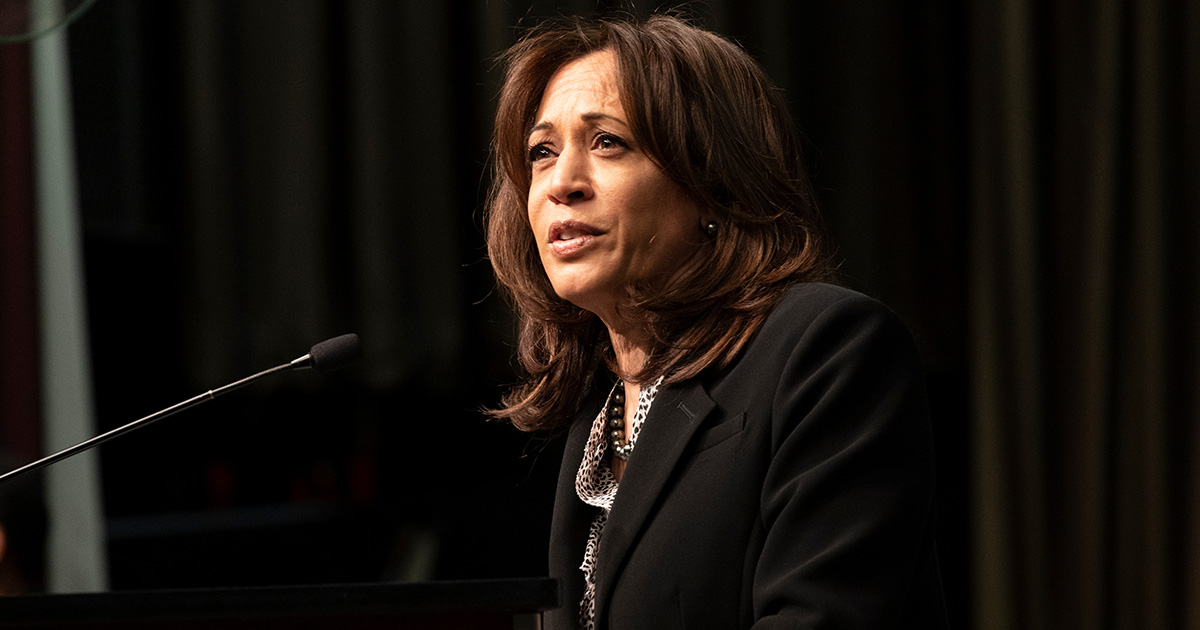 “It’s been a long time coming,” said a Riverside, Calif. woman who goes only by the name “Twilit.” “There is so much material to work with. A relentless former prosecutor who is also a child molester? There are a lot of directions they can take this character. Whenever a new female antagonist is introduced into the QAnon world, I always get excited about their backstory — like when it was revealed that Angela Merkel was Hitler’s granddaughter. That’s just a masterclass in writing.”

The QAnon canon can be hard to penetrate for the casual fan. But with Harris’s involvement, the series will seek to extend its reach beyond the core demographic of Facebook employees and Georgia politicians.

“I usually prefer inter-dimensional, shape-shifting, lizard-based content,” said QAnon super fan Pamela Turner. “But I’ve really been enjoying the direction Q is taking with their writing lately. Some people say accusing public figures of easily debunked, far-fetched crimes is lazy, but I say those people are just brainwashed lemmings suckling off the cursed teat of George Soros. And I love the fact that she’s Black — I found it troubling that only white people seemed to be ruining the world for hard-working Americans.”

Longtime QAnon cast veterans are also thrilled to have Harris aboard, if only to share the significant burden of spreading left wing malevolence while juggling their workaday lives.

“Kamala is really going to bring fresh energy, especially to devil-worshipping. A lot of people thought I was brought on to be the first woman of color to scare the masses, but they all think I’m a man, so it didn’t work,” said celebrated QAnon supervillain and former First Lady Michelle Obama. “Orchestrating a sinister cabal of Covid-manufacturing, Hollywood liberals can be exhausting. Black Lives Matter protesters need to be paid, humans need to be trafficked… it’s a grind. American’s children aren’t going to eat themselves, you know.”

QAnon is reportedly reserving massive floorspace for next year’s Conspiracy Convention in Shreveport, La., with tickets available for purchase via dockyard payphone or any local fentanyl dealer.