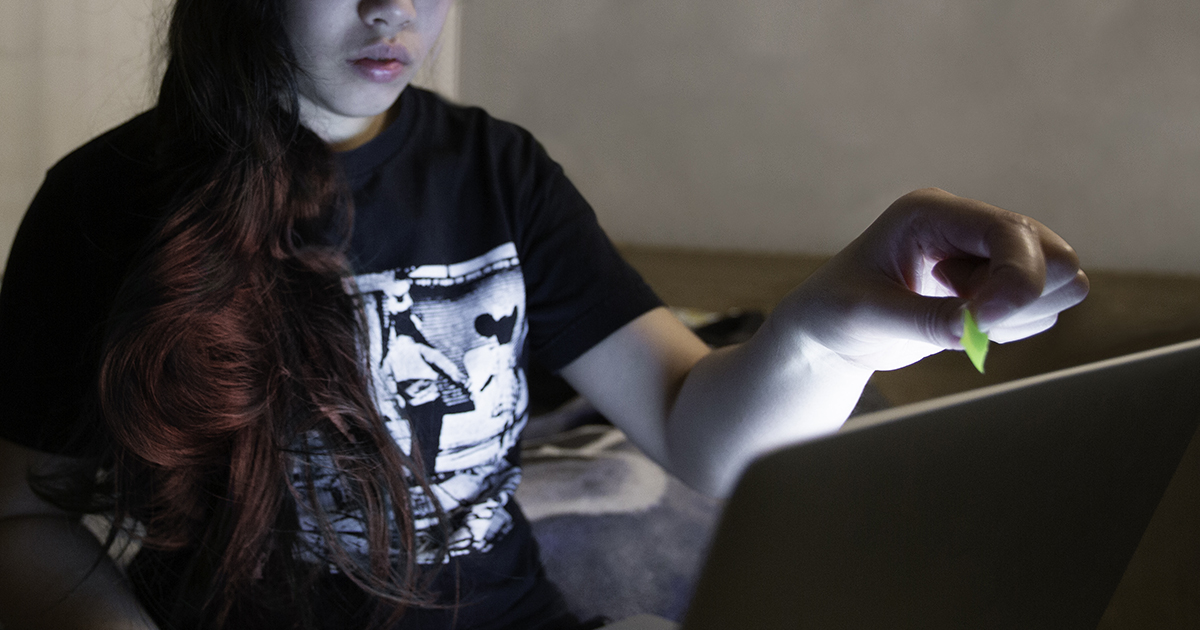 YOUNGSTOWN, Ohio — Disturbed federal agents confirmed today that local punk and well-known exhibitionist Angela Meyers has removed the little piece of green tape that once covered the webcam on her laptop.

“I’m honestly surprised it took me this long,” said the 34-year-old attention-seeker. “I just thought it was some millennial hipster trend — like the Nelly Band-aid, but for computers. The second I found out there were people hacking into these cams to spy on people, I stripped off my clothes, threw on my Michael Myers mask, and made like a bikini waxer and peeled that sucker the fuck off. Thinking about the government watching me in my home fills me with immeasurable pleasure. It’s like if God was real and a peeping Tom.”

Despite Meyers’s newfound excitement, those closest to her aren’t as thrilled.

“Things have gotten really weird around the house,” said roommate Lukas Quartermaine. “I’m not trying to kink shame or anything… it’s just weird to come home and see the person you live with sitting on the couch in front of their computer, covered in peanut butter as they construct a smiley face made out of sliced bananas on their chest. I get that she likes the attention, but I just bought that stuff from Trader Joe’s, dude! If you’re gonna use my stuff for your fetish, at least replace it.”

A spokesperson for the National Security Agency noted that Meyers is an incredibly unique case.

“In my many years with the agency, this is the first time somebody has gone out of their way to get us to notice them,” said NSA Director Paul M. Nakasone. “On multiple occasions we’d get an alert of somebody googling how to join ISIS and do a routine investigation of the suspect, only to find Ms. Meyers live-streaming herself doing some sort of pickle ASMR while dressed in a Hamburglar costume. After multiple complaints from numerous employees, we actually considered just shutting down the entire agency for the first time in its history.”

At press time, Meyers had finished installing the new Amazon Ring doorbell camera in every room of her house.