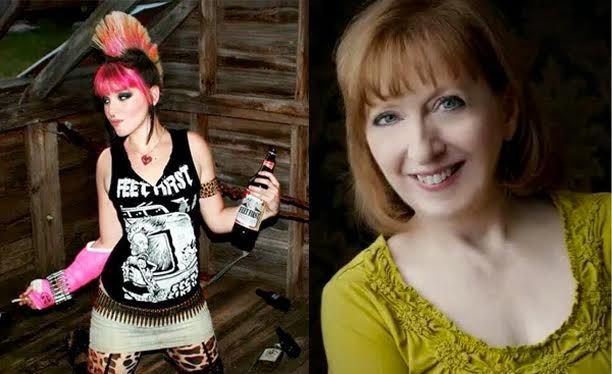 “Erin and I dated for three crazy years man,  I was kind of drunk and feeling a little lonely so I decided to look her up. I couldn’t believe what I was seeing, she had on mom jeans and a frumpy shirt. But worst of all, she had this super reasonable, age appropriate haircut,” Watkins said about his former pit-warrior/lover. “It’s completely symmetrical, dude.”

McCoy, who was known as “Bulldogg” during her punk days, was a staple of the Olympia punk scene in the early 2000’s, known for her aggressive dance moves and willingness to mix it up with anyone looking for a fight. The recent discovery that she is now a mother of two young boys and married to a salesman for advanced medical prosthetics has shaken Watkins to his core.

“I never thought I would see the day. This is the same girl who bit off the cap of a beer bottle because no one had an opener, and fronted one of the most violent bands in the scene,” Watkins said. “There was even one time where a Fire Marshall tried to shut down a show in her basement and she hate moshed the guy until he ran away sobbing. It was crazy.”

When asked to comment on the situation, McCoy responded via email from her three-bedroom, two-bath suburban home outside of Oklahoma City.

“Oh yeah, my infamous riot grrl days? Once I went to college I sort of unleashed a new side of myself and may have lost control a little bit, but I like my new life. My boys are a handful, but to be honest I would rather get peed on by one of them than some random guy on stage who thinks he’s the reincarnation of GG Allin,” McCoy said. “Fuck that shit, I drive a Range Rover now.”

Watkins also confirmed that his Facebook stalking led to the discovery that his high school best friend is now a cop and “absolutely does not” want to get the band back together.