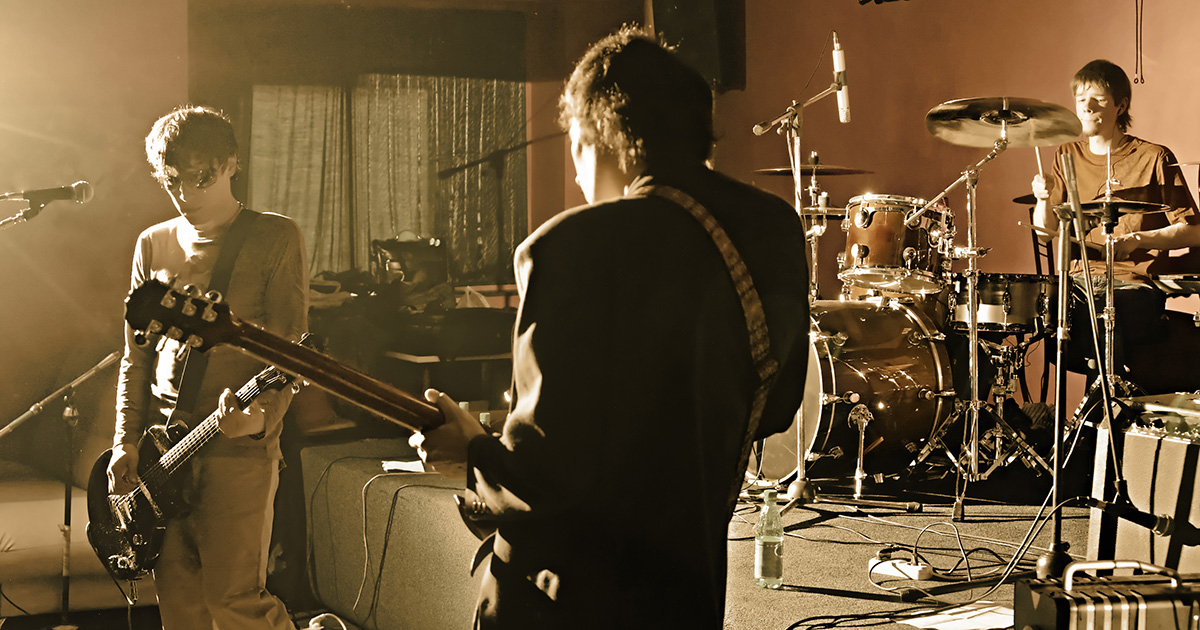 SAN DIEGO — Members of chillwave band Hookah Sesh are engaged in a heated internal struggle to establish the beta of the group, according to sources increasingly frustrated with the band’s inability to do anything but smoke weed on the couch.

“Chillwave bands have their own unspoken rules and complex hierarchies,” explained Hookah Sesh frontman Jordy Miller as he attempted to roll a joint while lying facedown on a futon. “Joining a chillwave band is sort of like going to prison, but the opposite: if you don’t walk in on the first day and immediately show everyone you’re the least threatening, most submissive motherfucker in the room? You’re done, man. Kaput. Finished.”

San Diego scene members confirmed that Hookah Sesh are known for their adherence to the chillwave genre’s strict anti-DIY code — a philosophy that’s created many challenges.

“It’s hard for us to get shit done, dude,” claimed keyboardist Keegan Murray while hanging out down by the beach and hoping someone would remember to feed or water him. “Everybody’s worried they’re going to jeopardize their standing in the band by doing something super not-chill, like making us a Bandcamp, or designing a flyer, or learning how to play their instrument or something. We’ve only ever gone on one tour, and it’s because we all just accidentally showed up at the same parties every night for three weeks straight.”

Hookah Sesh’s unwavering devotion to vibing out and going with the flow has allegedly created problems for those outside the band as well.

“I actually managed to book them for a show once,” said promoter Andrea Lafferty. “They went onstage at 7:00 p.m., but didn’t start until 9:00 p.m. because they were all just staring at each other, waiting for someone else to play the first note. Then they played one seemingly improvised synth song about boogie boarding and wandered off-stage. Believe it or not, it was the best chillwave show I’ve ever booked.”

Despite their growing pains, Hookah Sesh is still reportedly spending quality time together, and are currently in the midst of binge-watching their TV’s screensaver for nine straight hours.