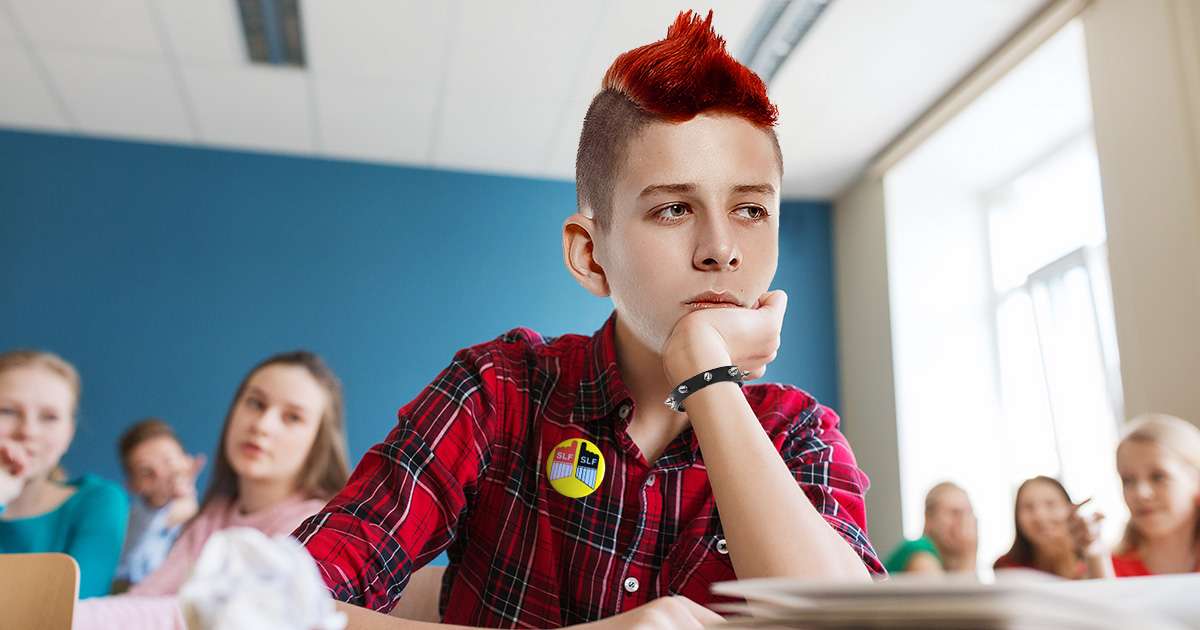 “The question was easy, man,” said Chesters, nearly falling out of his chair while trying to balance it on its hind legs to put his feet up on his desk. “The answers, like… 10, I think? Yeah, 10. Didn’t even need my graphing calculator for that one — especially since it was a problem about something everybody knows, like splitting up drink tickets you find in the trash can behind the venue bar.”

“It was fucking surreal,” claimed Mary Tallsmouth, a junior who sits by Chesters. “The question was destined for him: even the try-hard kids in the front just turned to face him, waiting patiently for his answer. And he actually raised his hand and didn’t even call Mrs. Bryson a fat cow who’s too old to have any children when he got called on this time.”

Bryson, who has always struggled to engage Chesters, was awestruck by the occurrence — especially by Chesters’ correct answer.

“It didn’t even occur to me that I should ask him that question… because usually if I ask him anything, he takes his backpack and leaves class. But the entire class was fixated on him as he counted on his fingers,” she explained. “Then he raised his hand, and he got it right. I don’t know if there was a typo or something, but thank God — it raised his class participation grade to a D-plus.”

“Just for kicks, I wrote him a multivariable calculus question about ordering cassettes for a merch desk, and he solved it in 30 seconds,” she added. “He’s been in my geometry class for seven years. I asked him how many sides a hexagon has afterwards, and he tried to stab me with his pencil.”

At press time, fellow classmate and future promoter Davey Alonzo asked his teacher why that many drink tickets would ever be offered to a bill full of punk bands.