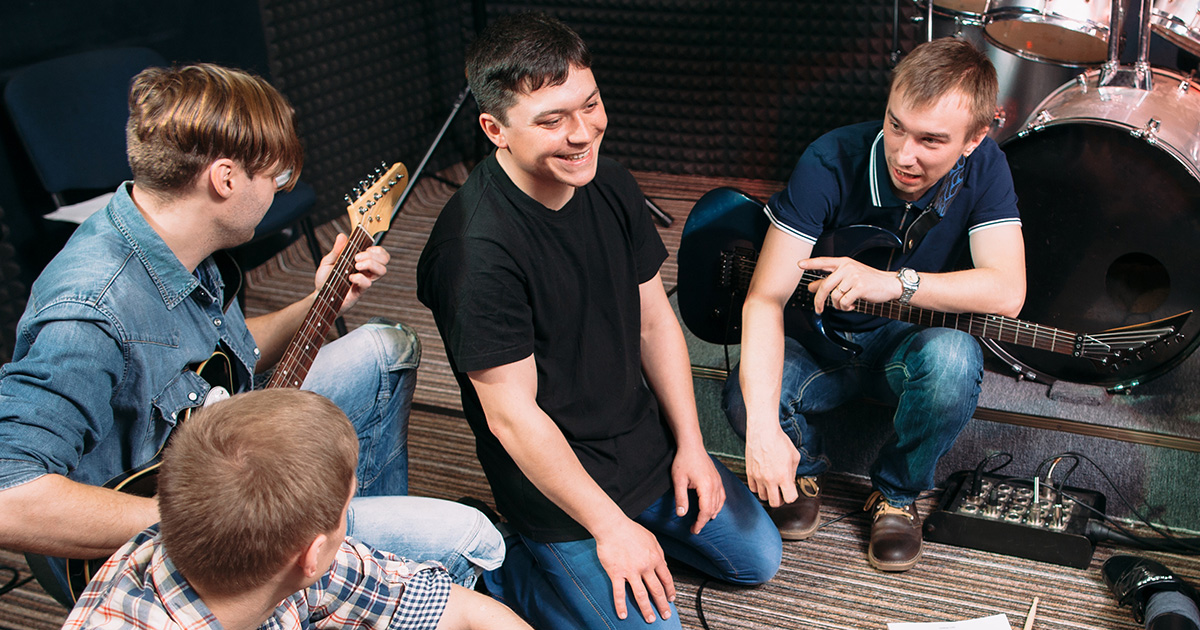 WALNUT CREEK, Calif. — Every single member of the local band Starving Hysterical were seriously considering going back to school to earn Masters degrees at the exact same time during band practice earlier this week, unbeknownst to the other members of the band, sources considering their own return to higher education confirm.

“I got a text from each one of them separately at almost the exact same time a few nights ago,” said Starving Hysterical de facto manager and friend Shelley McCoy. “One of them asked me what an MBA was, another wondered if I liked going to San Francisco State, and another asked if I thought he would make a good lawyer… and all of them begged me not to tell others in the band. They must have all had the exact same thought at the exact same time — I wish they had that same mental connection when they actually played together.”

The band themselves did seem to notice something weird was going on, but couldn’t put their finger on it.

“We were working on a new song, and I made some joke about how I was almost 40 and only have $18 to my name,” guitarist Darryl Massey said from the studio apartment he shares with three other people. “Then the room went really silent as we all just stared off into the distance. I personally was wondering what my life would be like if I became a high-school music teacher. It seemed like I was lost in thought for like five seconds, but when I came back to reality, I realized it had been 35 minutes and no one had moved.”

“These musicians don’t want their bandmates thinking they aren’t committed to the band, but they also have their futures to think about,” Mendez explained after meeting with every member of Starving Hysterical without the others’ knowledge. “Some are just tired of touring, some want to start families, and some are facing the realization that the ‘big break’ may never come. But they don’t tell anyone they want to become vet techs for fear of ‘selling out.’”

As of press time, every member of Starving Hysterical had signed up for an online GRE prep course using an ‘incognito’ Chrome window.