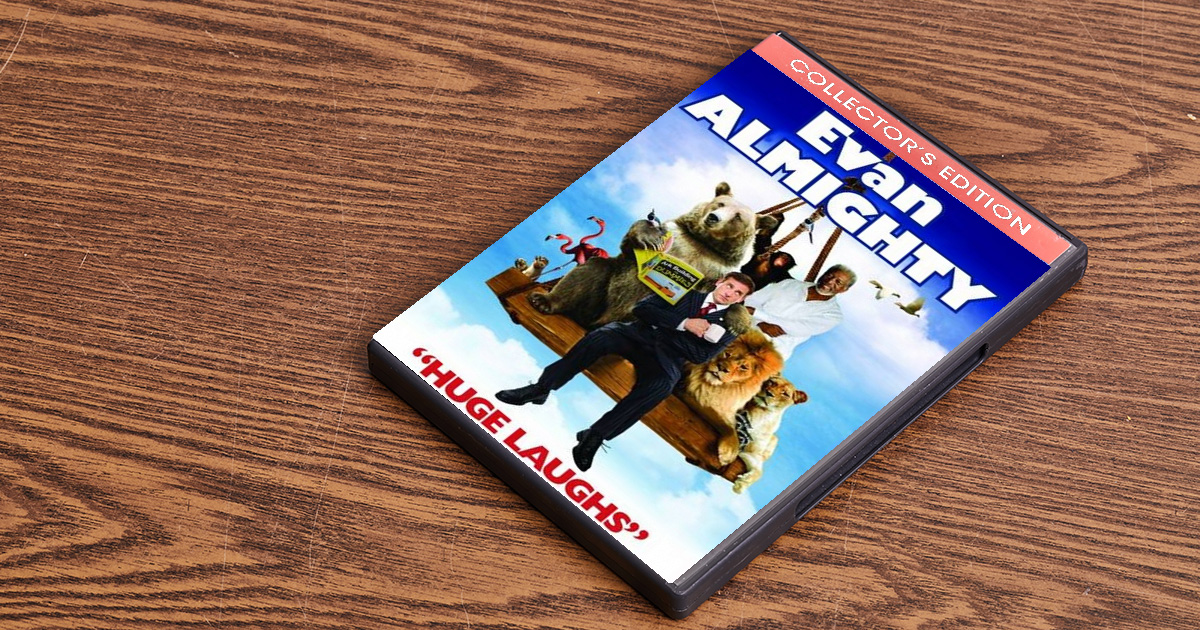 BLOOMINGTON, Ind. — A heavily discounted DVD of the Steve Carell vehicle “Evan Almighty” is “really fucking pushing it” by having the audacity to call itself a “Collector’s Edition,” baffled sources confirmed.

“I picked up ‘Evan Almighty’ at WalMart for a dollar, and at first I thought it was a steal. But I quickly realized two things: John Goodman is 100% wasted in this movie, and this DVD has got some massive fucking stones of biblical proportions to dare call itself a ‘Collector’s Edition,’” said disgruntled purchaser Albert Cotrell. “It’s just a single disc with no insert, or bonus disc. I mean, give me a blooper reel or a special effects featurette or something. What kind of masochistic collector would even covet this underwhelming bullshit?”

Cotrell returned the DVD to WalMart, confronting employee Corbin Tierney about the false advertising of the 2007 high concept comedy.

“This lunatic came to the returns desk and threw the DVD case at me like one of those ninja throwing stars. He wasn’t interested in getting his money back; he just needed someone to confirm that it’s insane that it called itself a ‘Collector’s Edition.’ It’s like, dude… I make minimum wage and we’re not allowed to unionize. I’m not going to stress myself out formulating an opinion on a shit sequel to an already mediocre comedy,” said Tierney. “He literally dug the DVD out of a giant cardboard bin next to a stack of single-ply toilet paper. I’m not sure what he was expecting.”

“God’s not real. Know how I know? Because no God would’ve allowed me to make this career-ruining piece of shit,” said Shadyac during a scene with Morgan Freeman.

Otherwise, Shadyac was mostly quiet for the majority of the movie’s runtime, occasionally breaking the silence with what some believe to be the opening of beer cans.

“You know what? Fuck it. This shit is way better than ‘Bruce Almighty.’ I don’t care how much money we lost. This is funny, alright?” the director then added over the film’s climax. “Jim Carrey is a fucking hack.”

Currently, Cotrell has listed the DVD on Ebay for $750, hoping the high price and “Collector’s Edition” label will fool somebody, anybody.