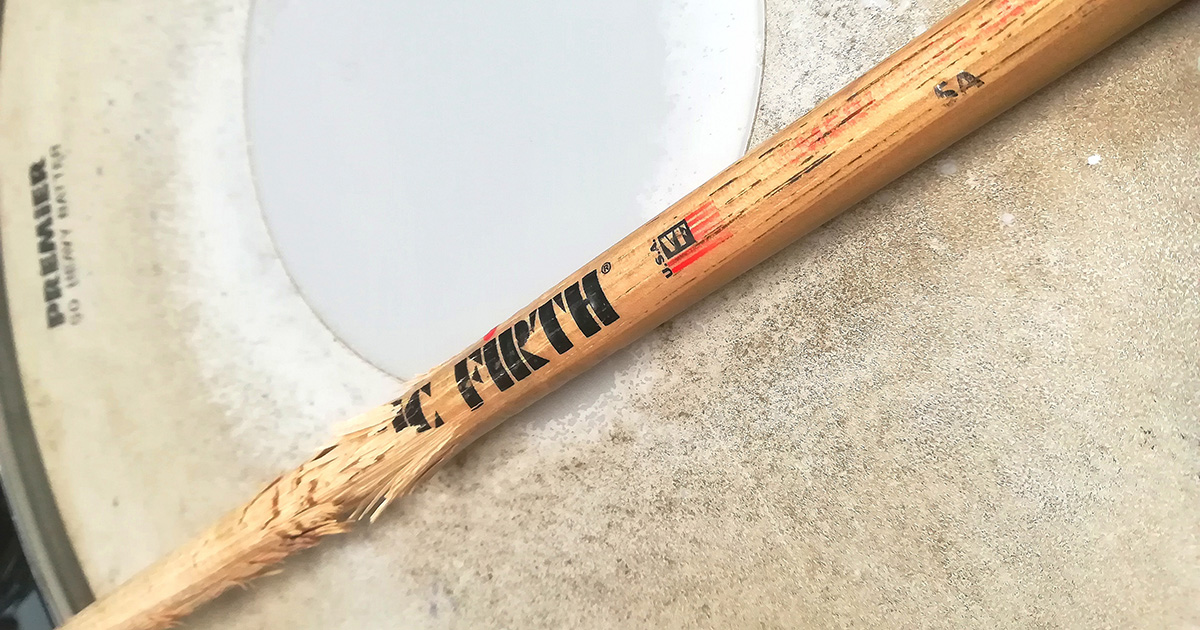 “It really was a freak thing. I was in the middle of my morning warm-up playing through all of ‘Reign in Blood,’ when I noticed all of my sticks were pretty busted up,” the aspiring drummer said from behind his kit, surrounded by wood chips. “I’m saving my money to buy an industrial-sized pack of Moongel and my band hasn’t been touring lately, so I can’t just go out and buy drumsticks. Luckily, I found this little guy still intact for the most part — I just need to hold it with the crack facing east at all times, and it should be fine.”

However, Houndozer guitarist Luke Parson is concerned for the stick’s long-term health.

“Rick has a really weird system for choosing the sticks he uses: he’ll sit down and talk with them about ‘what they can bring to the table,’ and ‘where they see themselves in the next five years,’” Parson said. “I’m not saying he should stop doing it — all I’m saying is that it’s a little strange to see. If you’re choosing the successor to your broken drumstick, there are better ways to go about it. There are lots of busted up sticks in his stick pile — who’s to say the one he chose isn’t lying about its resume and might have lost its tip or something?”

Even with its doubters, the drumstick is confident it can reenter the rotation without any problems.

“I’ve been in the game for a long time. Rick may not remember it, but I was a go-to stick for his first band in college, as well as the second Houndozer tour that only played state fairs. If there’s any stick that can handle the job, it’s me,” the stick eagerly said. “I can do diddles, rolls, and even the occasional blast beat. As long as there aren’t any excessive rimshots, I’ll be fine — and Rick quit that reggae/ska fusion band a while ago.”

Schrader was last seen twirling the stick while waiting for Parson to draw lottery balls to determine which string he’d use to replace his D-string.