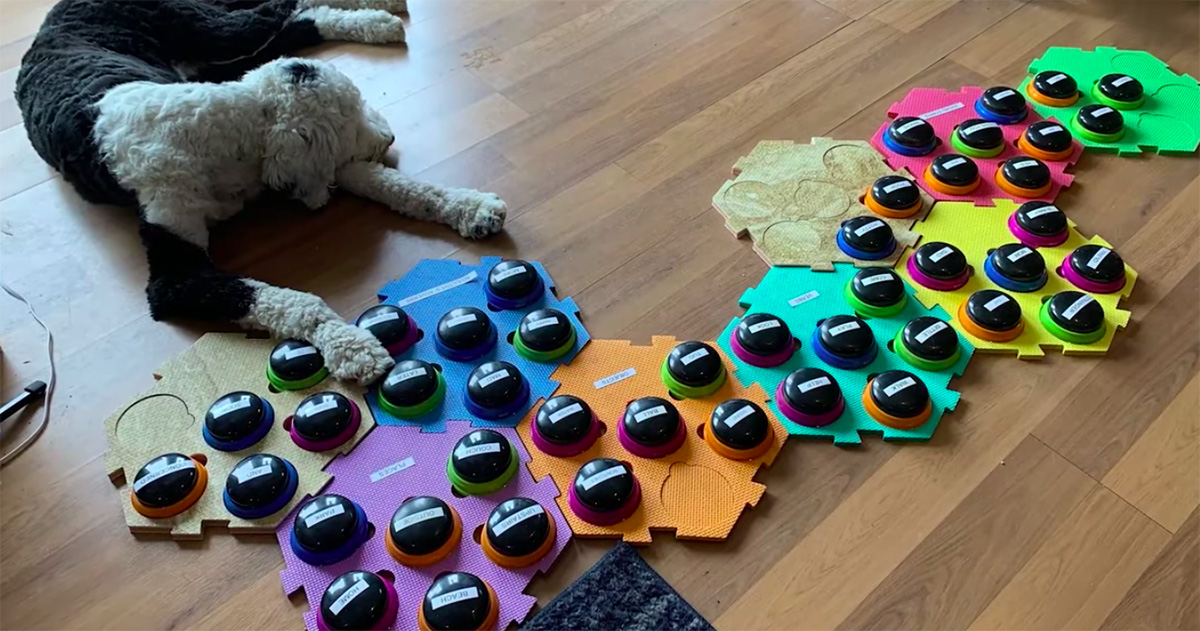 MOBILE, Ala. — Local family The Jensens are in disbelief after the dog they adopted used his talking buttons to tell a version of “The Aristocrats” that is somehow darker and viler than any version previously told.

“When we saw him listed for free on Facebook Marketplace, it was love at first sight,” described Mary Jensen of their first encounter with the newest (now former) family member, Mr. Tummy Sprinkles. “He was listed as great with kids, and his previous owners explained they trained him to communicate through talking buttons. He sounded more like a babysitter than a dog, which frankly was pretty appealing. But the day after we got him home, filth spewed from that furry beast like the ghost of Gilbert Gottfried got ahold of a Teddy Ruxpin. I don’t know if we’ll ever fully recover.”

“I wanted him to sleep in bed with me, but he spent all night organizing his dumb buttons. At first, I thought it was kinda neat,” the eight-year-old said. “He mentioned walking into a talent agency, so I thought maybe he knew how to sit or roll over, but he never did any tricks. He talked about fetching and belching at the same time, which I’ve seen my Dad do, so who cares? By the time he mentioned he had kids, I wasn’t even excited about maybe getting puppies. My mom started screaming and threw him outside. Then we got froyo!”

Mr. Tummy Sprinkles described how the afternoon didn’t end quite so sweetly for him.

“Can you believe it?” Mr. Tummy Sprinkles tapped aggressively. “Bitch comes in and makes the kid miss the punchline. No light, no warning, just a grab by the collar and swift kick to the chopped nuts out the doggy door. What’s the point of describing human-centipeding my own family straight raw dog for 35 minutes if I don’t even get to say The Aristocrats?!”

At press time Mr. Tummy Sprinkles had been rehomed to a one-bedroom apartment where he continues to be doted on by eight open-mic comics.